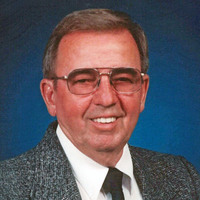 Bernard Leo Weisz was born on January 17, 1933 at the family farm in Underwood to Christ and Eva (Flemmer) Weisz. He had two sisters, Leona and Linda. He attended the Underwood Country School through the 8th grade. His father Christ donated the property for the school to be built on. Bernie enlisted in the United States Navy on March 8, 1951 where he served and mastered the skills of his trade with the Seabees branch. He was stationed and served in Great Lakes, Ill., Port Hueneme, CA, Davisville, RI, Guantanamo Bay, Cuba and Port Lyautey, Africa. He also received his GED while serving. He remained very close to his service buddies.

Upon Bernie’s honorable discharge from the Navy in 1954, he went to work for MJ Bober Co., Gene Liebel, and Lindemann Construction, leading him to his life’s passion of construction which spanned over 75 years.

Bernie married Verdell Schuler in 1955 and they were blessed with 6 boys (Doug, Don, Dave, Dwight, Dan and Dale).  He formed S & W Excavating in Underwood ND. Bernie also had a small country western band that played locally. Bernie was quite proud of the race track that he and others built in Underwood and for a while he was the McLean County Racetrack Association President.

In 1969, he moved his family to Bismarck. He worked as a General Supt. for both Wm. Clairmont and Harley Miller Construction, continuing on to partner on various other construction endeavors including a successful partnership in Rock Springs, WY before establishing Weisz & Sons Inc. in 1976. Bernie was so proud to have celebrated Weisz & Sons 45th year in business and work with four of his sons and several grand-children leaving his lasting legacy.

Bernie was a master blade operator with a strong work ethic and exceptional mechanical aptitude passing those traits down to his sons. There was no piece of equipment Bernie couldn’t run. Bernie was a member of American Legion, Eagles, Amvets, VFW, Moose and Elks Club and loved to support them all.

Bernie married Mabel Dahl Engdahl in 1994 and she brought 3 more children to the family (Barb, Jay and Al).

Bernie purchased his first Harley Davidson motorcycle at the age of 14 and was quite the daredevil on his motorcycle. He was a self-taught guitar player and leather craftsman. He enjoyed camping and socializing. He also enjoyed taking naps which is something else he passed down to his sons. Bernie had a heart of gold and his generosity overflowed.

Bernie was preceded in death by his parents Christ and Eva Weisz, and sister, Leona Auck.

In lieu of flowers, please donate to your favorite charity.

If you can drive forward, never back up.
It’s not a mistake if you learn from it.