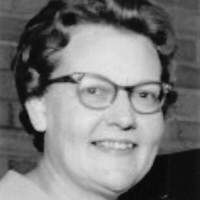 Alice (Rynning) Twingley, 92, passed away on Saturday, February 19, 2022, at Prospera on Sunset, Mandan. A graveside service will be held in the spring.

Alice was born on January 18, 1930, to Arnold and Lavina (Walker) Rynning.  Alice enjoyed telling family stories and took the time to reflect and write these stories down for her family.

In her own words: “Where should I start? I guess the best place would be Killdeer, where I came into the world.  I guess it was a pretty severe winter from what I had been told. My folks, three sisters and one brother, Ray, moved to Marshall, to a farm called the Mattson place.  We lived there through the Great Depression and the start of World War II.  Then we moved to a place just over the hill called the Odegaard place. After that, we moved to Werner. My father rented the land to farm but didn’t stay there very long as he purchased a farm from Floyd Shelkie.  By that time, I had gone on my own way.

I had quite a few different jobs, but I always found work and was never broke. In 1946 when I was visiting my sister, Marjorie, at their farm north of Werner, I saw a picture of this real cute fellow that was in the Army at the time, and I really fell for him.  I told my sister, “What if we got married someday?” Well, as it turned out, when he came home we met and went steady for nearly a year and in September he asked me to marry him and gave me a ring. We were married in Dickinson by Rev. James McClain. He was a little white-haired man. His wife provided the music and Marjorie and Orville Hart were our witnesses. I remember that when we left the parsonage the first song I heard was “Sail Along Silvery Moon” sung by Gene Autry. After we were married, we lived in Werner in the back of a hardware store. We paid $20 a month plus utilities. We lived there a year and were soon blessed with our son, Dale. We sure made a lot of people happy. He was the first grandson for both the Rynnings and the Twingleys and of course, we were overjoyed.

Harley had a small garage where he overhauled cars, changed oil and sold gas. We lived there about two years. We then moved to Coleharbor where Harley worked on the Garrison Dam running large saws cutting lumber for forms for the tunnels. We rented a few shabby places and then Harley built us a nice little home of our own. We were very happy there. In 1952, we were blessed with our little daughter, Dianne. So now our family was complete. Harley worked at the dam until it was finished, then he and his twin Harland “Tiny” did some home building, etc., for a few years. We then sold our home and moved to Bismarck. Harley built many places and did a lot of remodeling.  Harley built a very nice home for us, and we spent many happy years there. We rented our share of not-so-great places before that.”

On the anniversary of their 36 years of marriage, Alice wrote: “So here we are, like I said, married a long time with four grandsons to our credit to say nothing of our son and daughter. As the story goes, we had big dreams and a limited income. Now all this may sound like a joke of sorts, but it is not by any means. These years have been both good and bad, but the important thing is we have seen it through together and have become stronger and closer because of it all. As you grow older you will see and appreciate the time you have spent with all who are special to you and treasure your memories.”

She was preceded in death by her husband, Harley; daughter, Dianne Svanes; parents, Arnold and Lavina Rynning; and three sisters and two brothers.