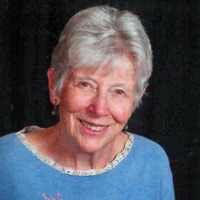 Shirley Olson was born to Frank and Arlene (Coates) Phipps in Huron, South Dakota, on December 12, 1938.  The family moved to Dickinson, where she attended first and second grade. The family then moved to Minot, where Shirley attended and graduated from St. Leo’s High School in 1956.  After graduating from high school, she enrolled at Minot State Teachers College and graduated at the end of the of the winter quarter of 1960-61 with a double major in Elementary Education and Physical Education.  While at college, she was a member of the Beta Theta Sorority and served as their president her senior year and was a cheerleader for the Beavers.

In Spring 1961, she finished the school year teaching the fourth grade in Carrington.

They made their home in Tower City for eight years where Les taught high school.  She  was a substitute teacher in the school system and ran a recreational program for one summer.  While at Tower City, their four children (Craig, Renee, Susan and Lesley) were born at the Valley City Hospital.  During the summer months, Shirley and Les worked at the drive-in theatre in Thief River Falls, Minnesota, for his parents.  She worked in the concession stand making and selling popcorn, hotdogs, and other goodies.

In 1969 the family moved to Williston, where Les  began employment with UND Williston Center.             After the children were in school she was employed by the Williston School District as a Title I teacher and worked half days.  She taught at Webster Elementary, St. Joseph  Elementary, Mcvay Elementary and also worked part-time in the library at UND Williston to help her children with college expenses while they attended Minot State University. She retired from teaching in 2000 after 26 years working with young children.

She took special enjoyment spending time with her children and grandchildren. She enjoyed attending their sporting events and activities; she was their biggest cheerleader!  Shirley enjoyed taking trips with Les on his Honda Gold Wing motorcycle and snowmobiling in ND, MN, MT, WI and Canada during the winter months.  She enjoyed years of camping from tenting, to sleeping in a real bed in their fifth wheel RV.  She enjoyed camping at Lewis & Clark State Park and other RV parks in 10 different states. In the winter 2008, they pulled their camper to Palm Desert and stayed for a month. She also enjoyed her many trips to Medora.  For many years, Shirley played co-ed softball, women’s softball, ladies’ volleyball, co-ed volleyball and summer league golf in the Williston recreation programs.  After retirement, she spent three mornings a week at Hardees having coffee with her lady friends, solving the world’s problems.  She was also part of a Bridge club that met once a month and she entertained them with her many jokes.

Shirley was awarded “Teacher of the Year” in 1999-2000 from the administration at McVay Elementary School.  She also received a plaque from the Williston Education Association for “Teaching the Future”  by teaching for 26 years.  In 2010-2011 she received the “Silver Apple Award” from the ND Retired Teachers Association.   In 1999, while attending the Roughrider Summer Conference in Medora, her team, consisting of Jean Heinert, Delyte Lee, and John Monger was awarded the “Team Spirit Award.”

She was a member of St. Joseph’s Church where she was active in the Catholic Daughters, Altar Society, a greeter on certain Sundays, and a Eucharistic Minister for 30 years.  She enjoyed working with the  church quilters on Wednesday afternoons.  She also was a member of the Williston Retired Teachers Association where she served as president and vice-president.

Shirley and Les moved to Bismarck two days before Christmas in 2020.  With encouragement from their kids, a quick decision was made to move so that two of their children and spouses could help with Shirley, who developed dementia.  On March 16, 2021, Shirley was placed in Maple View, a memory care facility.  She was well taken care of by the wonderful nurses and staff until her passing.