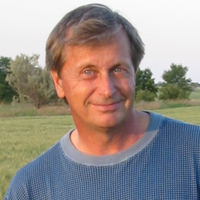 Wade was born on April 11, 1951, the son of Harry and Ellen (Anderson) Johnson in Minot.  He was raised and educated at Glenburn and graduated from Glenburn High School in 1969. He furthered his education at North Dakota State University in Fargo with a degree in Electrical Engineering.  He later received a Master’s degree in Business Administration from the University of Colorado at Boulder.

Wade began his engineering career with the United States Navy in California, where he was employed for few years as a civilian contractor working on various ship systems. He then went to work for the Federal Aviation Administration (FAA) in Denver, Colorado working as a site engineer responsible for radar and lighting systems at several major airports. Later in his career he was a partner in an engineering firm called Western Associates which provided consulting and construction services to civilian airports in the US, Canada, Japan and Russia.

Wade returned to North Dakota in the late 1990’s, when he had the opportunity to farm with his brothers, Kent and Ross.  He was active in farming and his other business interests until 2012, when his health declined, and he retired.  He was a resident for a time at Mapleview in Minot, and later at the Sheyenne Care Center in Valley City until his death.

Wade enjoyed traveling his whole life, both for and business and personal reasons. He would spend weeks at a time in various countries, exploring the cities and countryside.  His favorite destination outside the US was Australia, and he spoke many times about how he enjoyed the unique aspects of that country. He was also an avid mountain biker and runner, taking part in many cycling and marathon events during his years in Colorado.  His most notable accomplishment in that part of his life was completing the Leadville 100 on a couple of occasions.

Wade is survived by his family, Kent Johnson (Mary) of Ann Arbor, MI, Mark Johnson (Linda) of Minot, Linda Kluck of Bismarck, Kirk Johnson (Nancy) of Bismarck, Rebecca Walker of Fargo and Ross Johnson of Kansas City, MO; and a number of nieces, nephews and cousins.