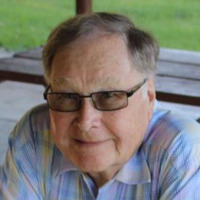 Dennis was born on February 5, 1940, in Stanley, the son of Ornell and Dorothy (Dannewitz) Danielson. He graduated from Stanley High School in 1958.

He entered the U.S. Army Reserve for basic training in Ft. Leonard Wood, Missouri, in July 1958. He trained as a medical corpsman at Ft. Sam Houston in San Antonio, Texas. After returning he entered NDSU College of Pharmacy in August 1959. He was called back to active duty with the Army just as he started his junior year in college during the Cuban Missile Crisis. He served for nine months at Ft. Ord, California. He returned to NDSU to finish his Pharmacy degree. Upon completion of college, he worked at various drug stores in the state – finally settling in Bismarck in 1971.

He met his wife, Darlene, in Bismarck, and they were united in marriage at First United Methodist Church on April 1, 1972. This year would have marked 50 wonderful years together.

Dennis was a member of the Elks and American Legion. Dennis and Darlene enjoyed trips to the Black Hills of South Dakota and camping in the mountains of Wyoming by horseback. Later, they enjoyed trips to Branson, Nashville and several other cities.

Dennis was very proud of his motorcycle and his El Camino. He took advantage of any opportunity he could ride. In the earlier years, he loved to golf and had a hole in one on the Washburn course. On any given day you could find Dennis out in his neighborhood walking his dog – something he loved to do.

He was preceded in death by his parents; Darlene’s parents; sister-in-law, Shirley Sailer and his fur kids, Cricket and Krikette.

In lieu of flowers please consider a donation to NARFE Alzheimer’s Research (Darlene Danielson, Alzheimer’s Chair, 3231 Crocus Ave, Bismarck, ND 58501) or a charity of your choice.