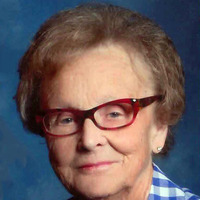 Visitation will be held from 2-3 PM Sunday, with a Vigil/Rosary starting at 3PM at Parkway Funeral Service, 2330 Tyler Parkway, Bismarck.

View the service livestream at https://corpuschristibismarck.com/

Josephine was born to James and Edna Keller in St. Joseph, Missouri, on February 6th, 1933.  The family relocated to Moorhead, Minnesota where she danced her way through Moorhead’s school system and the first two years of St. John’s School of Nursing in Fargo. She married Pat Conmy at St. Joseph’s Church in Moorhead and joined him in Cambridge, Mass. for his final two years at Harvard College, where she was employed at a Household Finance Office in Dorchester, Mass.

Identical twins, Patrick Walsh and Michael James, became designated the official babies of the Class of 1955. A Scots nurse at Mt. Auburn Hospital indignantly asked, “why not just call them the roses of Tralee and be done with it?” Jo’s mother, Edna, opined that it was nice that the family was now complete. After Marcie was born in Alexandria, Va., where Pat was working for the U.S. Department of Labor and attending Georgetown University Law Center, she stated that was OK that we had added a girl to the mix. After Steve, Tim, and Mary she became resigned to the fact that her advice was not followed. In the ensuing years Pat and Jo were, on rare occasions, also sorry they had not listened.

Jo was a loving wife, mother, homemaker and mother confessor-confidante of her children, nieces, nephews and grandchildren and great-grandchildren and source of emergency funds for all the above through the Bank of Mom. She served for several years on the Bismarck Planning Commission and on the Board of Directors of Missouri Slope Care Center. She was an avid and excellent bridge player and enjoyed plotting with her daughters and daughters-in-laws in some scheme or purchase which would come as a surprise to the clueless males of the tribe. Mom loved the cabin at Lake Tschida that her and dad spent their summers, reading as many books as they could. Mom planting her flowers that dad would say and who is going to water them if we are not here. The lake was a family gathering place.

She was preceded in death by daughter-in-law, Teena on Feb 7th -15 years ago.

In lieu of flowers donations can be made to any local charity as Mom supported many of, from dogs to kids to elderly to homeless to foodbanks.