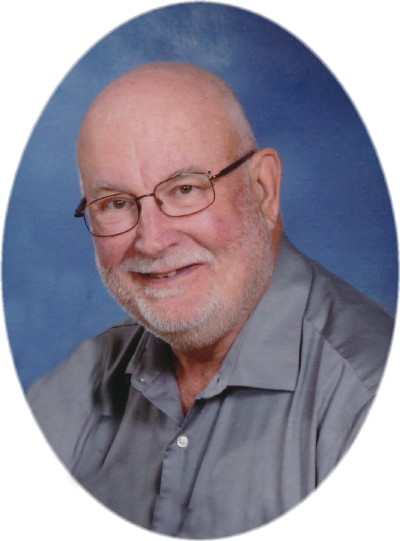 Gary R. Kostelecky, 76, Dickinson, died surrounded by the family who meant everything to him, from his wife, his sister, his children, and grandchildren on Thursday, February 3, 2022 at Sanford Health, Bismarck. He was so loved by all, family and friends alike, and he knew that in his final moments. Gary’s Mass of Christian Burial will be at 10:30 a.m., Thursday, February 10, 2022 at St. Patrick’s Catholic Church, Dickinson, with Fr. William Ruelle as celebrant. Interment will take place at the North Dakota Veterans Cemetery, Mandan. Military Honors will be provided by the Dickinson American Legion Post 3 Honor Guard. Visitation will be on Wednesday from 4 p.m. to 7 p.m., at Ladbury Funeral Service, Dickinson with a rosary and vigil at 7 p.m. with Deacon Bob Zent presiding.

Gary R. Kostelecky was born March 9, 1945 to Charles and Martha (Jablonsky) Kostelecky. He grew up on his family farm in New Hradec along with siblings, Dale and Denise. Gary being the oldest of the siblings, always made sure he was there to look out and care for them as well as his own parents in life.

Gary met Phyllis Kadrmas, the love of his life, on a blind date and the two were wed on October 29, 1965. Together they had three beautiful children in Michelle, Tina and Jason. Eventually that led to seven grandchildren he happily called his own. This growing family of his would mean the absolute world to him and he would always enjoy family get-togethers such as Christmas, Easter, and even Super Bowl Sundays every year. Even if it wasn’t a typical holiday, he would find some sort of excuse to get his family together to visit and BBQ.

Throughout the years of 1963 to 1966, Gary served in the United States Navy. After he was honorably discharged from the Navy and started a family of his own, he went on to work at Northwestern Bell/US West up until 1995. His biggest accomplishment in his career came from his time working as the Stark County 911 Emergency Manager from 1997 up until his retirement in 2009. It was during his time here that he created the 911 mapping system that proved to be the first public safety answering system in North Dakota at the time. This system created wireless GPS capabilities where cell phone tracking became available as well as a reverse emergency notification system. Gary earned a Top 10 in the world award for these achievements.

Gary had many passions throughout his life, the biggest being hunting and fishing. He always spoke about how Alaska was his favorite destination for hunting and fishing not only for the game, but also the beautiful scenery. Whenever he had a chance, he was up there fishing salmon or bagging a moose. Not only did he enjoy the great outdoors, he was also a huge supporter of Veteran’s organizations and his Czech heritage, helping to organize Czech family gatherings every year. You’d also find him out for coffee often with friends every Saturday morning at the local Taco Johns.

Towards the end of his life, it was getting increasingly more difficult for Gary to participate in the things he enjoyed doing, but he always tried to find a way with the help of loving family and friends. Although he hated asking for the help, he always appreciated still being able to work on projects around the house and still being able to go hunting, even if it was from the window of a side by side. He never let the pain he was in fully stop him from doing the things he loved to do, only slow him down. He also never stopped trying to help a person out whenever they needed it, family or not. Whether he was in pain or if he had no idea what he was doing, he would always find a way to lend a helping hand.