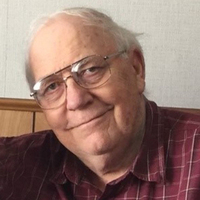 Evan Elmer Elvestad was born on August 11, 1942 in the Butte, ND area of McHenry County to Elmer and Emma (Kleven) Elvestad.  He was raised on a farm near Butte until 1949 when the family moved to Minot.  Evan graduated from Minot High School in 1961 and was employed as a warehouse worker as a young adult.

Evan married Agnes Mary Keller on April 27, 1963 at St. Leo’s Catholic Church – Minot.  They made their home in Minot where Evan was employed by the United States Postal Service as a clerk in Minot and at the Minot Air Force Base from 1965 until he retired in 1998. They moved to the Foxholm area in 1974 and into Foxholm in 1975.  As a retiree, Evan was employed on a part-time basis at a film processing company.

Evan was a life member of the American Postal Workers Union and was a history buff who especially enjoyed genealogy as well as world and United States history.  Also, he enjoyed anything related to aviation, hunting, fishing and music especially classic country and folk songs.