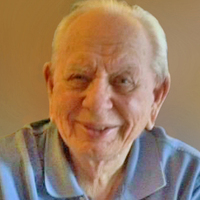 A delayed streaming of the funeral and prayer service can be viewed on Saturday, February 12, 2022 by accessing https://www.mtmsales.net/thomas

Milford was born April 4, 1928, in Esmond, ND to Baldwin and Magdalena (Hammer) Reierson. He attended grade school in Esmond, Minnewauken and Isabel, ND and his high school years between Baker and Esmond, graduating from Esmond High School in 1946.  Milford continued his education at ND State School of Science in Wahpeton, studying in radio trades. Milford moved to Minot in 1949, where he began working for Sears Roebuck.

He enlisted into the US Army October 28, 1950, serving in California and overseas in Japan and Korea.  He was honorably discharged on October 2, 1952.  He returned to Minot and continued working with Sears until 1955.  Milford was united in marriage to LaVonne Kennedy on April 18, 1953 at St Leo’s Catholic Church in Minot.

Milford started his career with NW Bell/US West Telephone of Minot in 1955.  He would spend the next thirty-five years with the company working as a microwave equipment technician until retiring in 1990.

Milford was a member of the VFW in Minot and the Communication Workers of America, serving as an officer of the local union for over twenty years.

He enjoyed woodworking, gardening and yard work. He found joy in reading and building computers as well as working on them.

Milford was preceded in death by his parents, nephew, Chad and a brother, Ron and sister, Bonita.