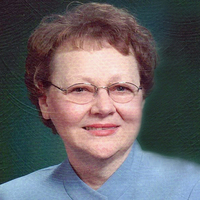 Diane was born December 11, 1936, in Bethany Beach, Delaware to Lewiston and Yvonne (Paquatte) Zeller, she was their only child.  She was raised and educated in various places on the east and gulf coasts, including time in Panama and Hawaii; this was due to her father being in the Navy.

She graduated from high school in Gulfport, MS and started her college education there.  She moved with her family to Long Beach, CA, continuing her studies, where she earned a Bachelor of Science Degree in Microbiology.

Diane was united in marriage to Richard Heidt on July 30, 1960 in Long Beach.  In 1969, Richard took a job teaching American military students at Bitburg Air Base, West Germany.  Diane was the religious education director, RCIA coordinator and served on the Military Council of Catholic Women.  During her time in Europe she exposed her family to the local traditions like St. Martin, St. Nicholas, St. Lucia, and Three Kings to name a few.  She made them family traditions that are still observed today by her children, grandchildren and great grandchildren.  Diane loved to visit churches in every city and country she visited.  Richard retired in 1992 and they returned to Minot, ND to be closer to their family.

Diane’s hobbies included watching TV, reading, train travel, time at their cabin and she especially enjoyed her time on cruises.  Diane’s grandchildren and great grandchildren would always put a smile on her face.

Diane was preceded in death by her parents and husband Richard Heidt.