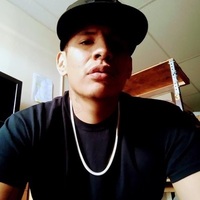 A beautiful baby by named Dante James was born ager 2 days o labor to Joy and the late Eugene Charles Little Jr. o April 13th, 1991, in Sioux Falls,  SD.  He was born with a high fever and spent the first two weeks of his life in the hospital.  Dante’s life started out a little rough.  He and his mother moved to     Flandreau after he got out of the hospital.  They lived with his uncle Darryl and aunt Theresa, along with his cousins, Eric, Jay , Lea and  Naomi.  They provided a stable home to them.  Dante was a little traveler.  Whenever his mother uprooted them they went.      Living place to place in which ever city they went seemed exciting.  Dante’s mother tried the best she knew how to raise her tiny  baby.  She didn’t always have it easy but tried to provide the best she could.     Dante’s mother struggled with addiction and was in and out of jail and treatments centers.  She loved her baby very much but didn’t always make the right decision for them.  After getting into some trouble she and Dante were of on yet another adventure.  After some time and  being tired of living a care-free lifestyle and knowing she was in more trouble than she could handle, she asked her friend to keep Dante, with every intention of  coming back for him.  She left and her addiction grew, along with guilt and shame, and days, weeks, turned into months and then years, until she woke up in jail yet again and wanted a change.

By that time Dante’s grandmother took custody of him.  During this time Dante got a good and stable environment.   He was definitely loved and cared for.  His mother tried to reconnect, but always felt she was intruding and felt uncomfort-able.  She talked herself into believing he was better off without her.  A struggle with her own demons today.  At a tender age of 8 Dante was place into state     custody over theft of school property, a rubber chicken.  The state of SD gave him a sentence of 18 to 21.  A sudden anger awoke in his mother.  For a long  three years she fought the system and won.  On November 5, 2005, Dante’s mother won full custody of her child!  He lived with his brother and sister in Lake Andes.  His mother thought her world would be perfect, but it was hard learned.

Dante was addicted to almost everything he came into contact with.  Dante’s mother was yet to become his mother, but she was his friend instead.  She made still more hard mistakes, but she had her son, that’s all that mattered.  Dante was always laughing and could crack some jokes, was funny and kind.  Once his  mother took him to a relative’s funeral and he couldn’t believe all the food.  Since then when people would ask what his favorite food was, he would reply ,”funeral.”  Now he will get his favorite meal one last time.  Dante was a very good artist, and he could drew from memory.  He liked cards, chess and he liked to bead.  Dante spent the majority of his life incarcerated, but always found the good in a bad place.  He did make an impact in life whether good or bad.  His mother would   often be angry at him because he would get in trouble, while being in trouble!  He would laugh and say, “leave me be, I’ll be alright!”

Dante often talked to his mother about her short comings and would say to her, “you did the best you could with what you had.”  He told her he forgave her and not too be hard on herself.  That she is doing good, and that she’s come along way.  Whether she believes that or not, Dante believed in her.  Although she loved her son very much, she couldn’t protect and save him.

Dante James died in a double homicide shooting in Billings, MT on January 25, 2022.  His mother had spoken to him a few hours before that.  She encouraged him to turn himself in.  She pleaded and begged him to get help.  Dante had returned to his addiction and said he would be alright and let him be.  She prayed for his safety and then said, God help my son, whatever    happens its in your hands.  But God must have already had a plan and took her son from his demons.  There was no beauty in his death.  He wasn’t surrounded by loving family or friends.  His mother’s only hope is that the creator-God, made sure he didn’t feel anything.  Her baby is no longer suffering or in pain of any kind.   A mother’s worst nightmare is now her reality.