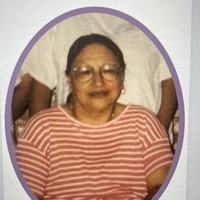 Cleo Kay Morgan was born November 2nd, 1950, to Melvina Fox-Everett and Lloyd Everett on the way (in the car) to Garrison, North Dakota. Cleo’s family relocated to Los Angeles, California where she attended school. Cleo’s bond with her sister Juliette (Rollie), made for fast friends with the Andrade family (Pat and Alice). She enjoyed spending much of her time around her friends and family. In 1967, she gave birth to her first daughter Stephanie. Following several years later birth to her daughter, Valerie in the spring of 1972 in West   Covina, California. Cleo was then blessed with her firstborn son, Travis (Beaver) in 1974.  On September 11, 1976, she married Jason Morgan. A year later they gave birth to their daughter Carol (Critter) and in 1980 to their son James (Tater). In the summer of 1983, the whole family migrated back to North Dakota. Cleo was a certified nursing assistant for years which inspired her to go back and    pursue her nursing degree. Cleo then started her nursing journey at the Trinity   Nursing School in Minot, ND and graduated in 1986. She loved her job as a nurse for many years. Jason decided to get back to his Oklahoma roots and relocated their little family back down south and moved to Shawnee. Tragedy struck in 1991, when the family was in a hit-and-run accident. This caused Cleo to be paralyzed from the waist down. After months of hospitalization and rehabilitation Cleo was released and able to continue her life at home. She adapted to her new lifestyle quickly by being as independent as she could. Cleo divorced and moved back to North Dakota to be closer to her parents.  Cleo lived in Garrison with her sister Juliette (Rollie) and then moved to White Shield with her father Lloyd, after the passing of her mother Melvina. In 2005, Cleo moved to Dickinson, North Dakota and was taken care of by her daughter Valerie and her daughters. She enjoyed going for walks and long rides in her wheelchair to get ice cream or to get her nails done. Cleo loved having company and always made sure she had enough seating in the house to seat all her guests. If you didn’t catch her riding around in her wheelchair, she spent much of her time watching movies and listening to her oldie’s music. Cleo enjoyed long conversations on the phone with her family and sightseeing around southwest North Dakota.

The last few years of Cleo’s life were spent battling hospitalizations and complications due to being paraplegic. If you knew Cleo, you know how resilient and strong of a person she was. Due to these life events, Cleo’s faith grew stronger, and her thought life was prayerful.