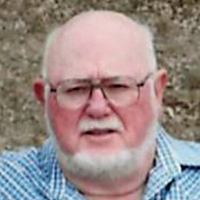 Visitation will be held from 5 to 7 p.m. Thursday at Parkway Funeral Service, 2330 Tyler Pkwy, Bismarck. A rosary/vigil service will begin at 7 p.m.

Robert was born to Aloysius and Anna Marie (Vogel) Bauer on September 3, 1950, on the Memorial Bridge enroute to St. Alexius Hospital. He was raised on a farm in Oliver County speaking only German until age seven at which time they moved to Bismarck. Here, he would learn English. He attended Bismarck High School and joined the U.S. Army Infantry Special Forces in August 1969 with honorable discharge in March 1971. With his time served in Korea, he experienced complications from Agent Orange later in life.

Robert married the love of his life, Susan K. Boehm, on September 1, 1972, at St. Joseph’s Catholic Church, Mandan. Together, they raised three children: Sheri, Robert and Mathias. Together, they enjoyed traveling.

Robert established Bauer Construction Company in Bismarck in April 1976 and maintained ownership until time of death.

Robert’s hobbies included camping, fishing, hunting, meat processing, cooking, dancing and playing cards. If you knew him, you would know he enjoyed having a beer. He was always teaching. He taught his family that they could do anything. He was a social butterfly who enjoyed time with family and friends.