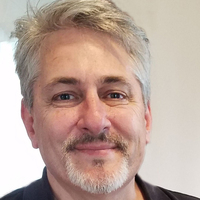 John Anderson, 54 years old, passed away on January 23, 2022. He is survived by his wife, Tiffany (married for 33 years), and his three children, Brianna, Jordan, and Caleb.

Although he was born in the US, many consider John a Brazilian at heart. He spent many years in ministry, playing on the worship team, preaching, and teaching English as a second language. He was well-known for his sense of humor. His jokes were endless, and whether they were spoken in English or in Portuguese, he’d have you roaring with laughter.

John was an extremely hard worker. He spent the past 12 years working in the Bakken. He was also involved as a board member at his local church The Pursuit. He will be greatly missed this side of heaven.