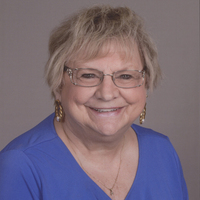 Judy Ann Thorson was born on November 26, 1943 in Sioux Falls, SD to L. Donald and Sigrid (Shervheim) Thorson. The family moved to Minot in 1944 where Judy was raised, and she attended Minot Model School for twelve years. She graduated from Minot Model School in 1961 and from Minot State University in 1965 with a degree in business education and a minor in home economics. As a young adult she was employed as a home economics teacher at Ray High School.

Judy was once married to Richard Ross and they made their home in Ray. Judy moved back to Minot in 1981 where she was employed by Behm’s Propane and Eide Helmeke. She began employment as a Civil Service Employee at Minot Air Force Base in 1989 and continued in that capacity until she retired in 2006. She had continued to reside in Minot.

Judy was a member of First Lutheran Church where she was active in the choir, a quilting group and at the ND State Fair Stand. She was a member of the Minot Model Alumni Association Board of Directors, MSU Beaver Boosters, Scandinavian Heritage Association, and was Editor of the Minot Model Messenger from 1985 until the present. As a volunteer she was active as a Tower Guide at the Scandinavian Park and with the Norsk Hostfest. She especially enjoyed playing cards, walking, computer work, quilting and reading.

Judy was preceded in death by her parents.

Celebration of the Life of Judy Ross: Monday, January 31, 2022 at 1:00 p.m. in First Lutheran Church – Minot.  A livestream of the service will be available by accessing www.firstlutheran.tv

Interment will be in Rosehill Memorial Park – Minot.