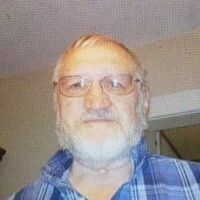 Raymond was born January 6, 1947 in Bemidji, Minnesota the son of Hugo and Lillian (Lyght) Rathbun. At an early age, Raymond moved with his mother to Minot, ND where he was educated.

Raymond enlisted into the United States Army at Fargo, ND on May 12, 1966. His basic training was at Fort Carson, CO and he later served as a heavy machines operator and was raised to the rank of Pvt-1. His service took him to Vietnam for more than three months and he received an early out because of a death in the family. He earned the National Defense Medal and the Vietnam Service Medal. Raymond was honorably discharge on May 10, 1968 at St. Louis, MO.

Ray returned to Minot after his military service and was united in marriage to Sophia Weninger in 1971. The couple has Minot home these many years where they raised their family.

Ray first work at I Keating furniture before beginning a 40-year career with working with cement; first with Monarch products, Concrete Mobile, then Strata and SRV (Souris Valley Redi-mix) as a cement truck driver. Raymond enjoyed telling his story of being a part of many cement projects throughout the City of Minot, “I helped to build that place” he often said. He also enjoyed hunting, fishing, and traveling with his wife of 50 years, Sophia.

Ray was preceded in death by his parents, and two sisters: Ruth Bowman and Leone Housel.

Interment will be held at a later date at the North Dakota Veterans Cemetery in Mandan, ND.