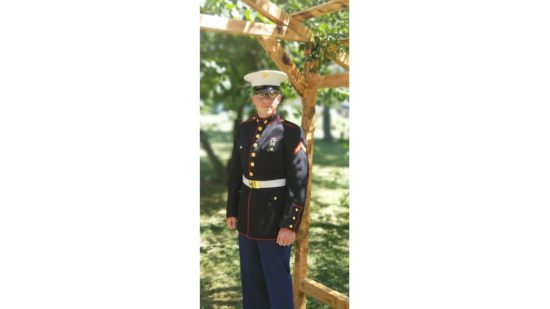 Funeral Services for Tyler McDougle, 22, of Dickinson will be 1:00 p.m., Monday, January 24, 2022 at Stevenson Funeral Home in Dickinson.

Tyler Christopher McDougle was born in St. Cloud, MN March 15, 1999, the son of Christopher Michael and Deanna (Guimond) McDougle. He grew up in St. Cloud. Following his high school graduation, Tyler joined the US Marines in 2017. His basic training moved him to Missouri where he met his wife, Alixandra Lupold. The couple was married on July 7, 2018 in Missouri. Tyler and Alix moved to Cherry Point, NC in August and lived there until his honorable discharge in June 2021. At this time, they moved to Dickinson for Tyler’s employment as a truck driver. They were blessed with baby Joseph on July 2, 2021. Tyler loved Joseph and was a great father. In his spare-time, he could be found playing video games and watching football. He was an avid fan of the MN Vikings. He also loved all the friends he made, especially childhood friends from MN.

He was preceded in death by his grandpa, Michael McDougle.