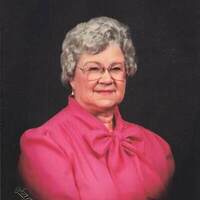 Florence C. Skytland, 93, passed away on Sunday, January 9, 2022 at Edgewood Village, Bismarck.  Funeral service will be on Thursday, January 13, 2022 at Trinity Lutheran Church, 502 N 4th St, Bismarck. This service will be live streamed on church website by clicking on the following link https://trinitybismarck.com/funeral-livestream/

Visitation will be on Wednesday from 5-7:00 pm at Eastgate Funeral Service 2302 E. Divide Ave, Bismarck.

Florence was born February 8, 1928, in New Salem, ND, the daughter of Charles and Norma (Burgdorf) Borchelt.  She was raised on the family farm two miles West of New Salem and graduated in 1946 from New Salem High School.  Later Florence received a business degree from Bismarck Capital Community College in 1947.

On November 18, 1967, Florence married Juel Skytland in Bismarck.  The couple had one son, Michael and one daughter, Marlys.

From 1947-1969 Florence worked as a book keeper and state records keeper in the State Treasurer’s Office at the State Capitol building in Bismarck. She spent the following years as a homemaker and salesperson for Vanda Beauty Counselor Cosmetics.

She enjoyed spending time with family, traveling, watercolor painting, making gingerbread houses, and cooking.  Florence was a member of the Epsilon Sigma Alpha Sorority and the Sons of Norway.  Florence volunteered at the Senior Center from January of 1990 to September of 2012.  Juel and Florence won the Ma Werner award for volunteers in February of 2010.

Florence is survived by her daughter, Marlys (Todd) Matthiesen;  son, Michael Skytland; and two grandchildren, Brett Matthiesen and Trinity Matthiesen. She was preceded in death by her parents; and two brothers, Victor and Martin.