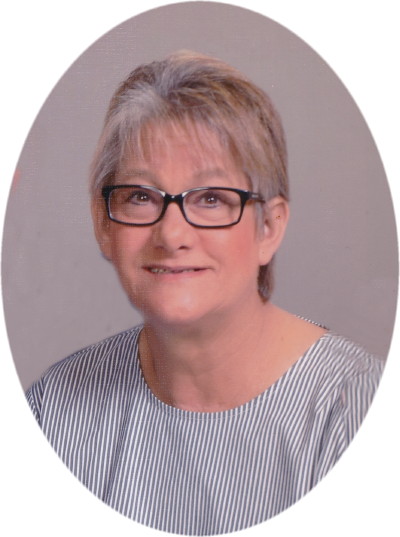 On January 4, 2022, with profound sadness, we announce the sudden passing of Sheri Lynn Aman, 60, our loving devoted wife, mother, grandmother and sister to all who dearly loved her.

Mass of Christian Burial will be at 9:30 a.m. at St. Mary’s Catholic Church in Richardton, with Fr. Thomas Wordekemper, OSB as the celebrant. Interment will follow at St. Mary’s Cemetery. Visitation will be on Sunday from 4 p.m. to 6 p.m. at Ladbury Funeral Service in Dickinson and will continue one hour prior to the service on Monday. There will be a rosary and vigil at 6 p.m. Sunday at Ladbury Funeral Service with Deacon Robert Bohn presiding.

Sheri was welcomed into the world on August 15, 1961 by her parents Ron and Janet (Hagen) Hauck in Rapid City, South Dakota. In 1963 the family permanently settled in Richardton and in 1977 they purchased the family AX Ranch. As the oldest of four children, Sheri willingly assumed the responsibility of that role, never backing down from any challenge, becoming known as the Queen of One Liners. Being the oldest, Sheri learned to be always prepared down to the most minute details. Sheri’s motto was ‘The first impression is everything!’ Sheri attended K-6 grade at St. Mary’s Catholic School in Richardton and 7-12 grades at Richardton High School graduating in 1979. She then attended Bismarck Junior College receiving a secretarial degree.

On August 14, 1981, Sheri married her high school sweetheart, Mark Aman and together they made one. Rarely was there a time when you would see one without the other. Their marriage vows definitely stood the test of ‘through sickness and health’. Their love and devotion to one another provided a model for the ages. Sheri and Mark raised three active and talented children, Brandon, Dustin and Ashlynn. Sheri was dedicated to making the Richardton community a good place to raise her family and served on the both the Richardton School Board for 10 years and the Park Board for 15 years. Sheri and Mark encouraged their children to become involved in many activities and followed them throughout their school careers attending every basketball, football, and volleyball game as well as any other activities they pursued. Sheri was very proud of her sons, Brandon and Dustin, for actively serving our country in the military including tours in Iraq.

Sheri put to work her fine-tuned organizational skills during her years of employment in the Dickinson Herberger Office and Receiving Department for 18 years and as a Licensed Customer Service Representative at Nodak Mutual for 10 years. Sheri enjoyed a celebrated reputation as the go to person for any questions related to baking and cooking. Sheri left her daughter Ashlynn with a treasured handwritten cookbook containing all the family recipes. Sheri felt great pride and enjoyment teaching those baking and cooking skills to her oldest granddaughter Madison. An ultimate hostess of every family holiday, any friend of the family or stranger was also welcomed into her home, and no one left with an empty stomach or without feeling truly valued. Visitors often marveled at how Sheri could disappear for just a second and reappear with a plate full of baked goodies from somewhere. She impressed many with her late-night cooking and garden canning. After meeting Sheri for the first time and enjoying a visit, one would leave feeling like they just met their best friend.

Sheri loved spending time outdoors gardening, pontooning with the grandchildren, hanging out on her patio or gambling at the area casinos. Sheri especially loved to fish and gained great satisfaction in pointing out that she had the largest catch of the day or was the first to ‘make it on the board’. Sheri gained a son-in-law and close ally in family disputes when Ashlynn married Anton. Sheri’s greatest blessings in life were the birth of her three grandchildren in the years that followed. She was the first to hold her grandson Bray. Sheri found her way into the hearts of each grandchild and knew just what made each grandchild’s heart tick with activities that included beaded pictures, arts and crafts, and wonderful baked goodies. The grandchildren never left Grandma’s house without a bag full of special treats. Sheri knew just what goodies to pack to ensure any outing involving the grandchildren would not run short on food and drink. Sheri was always prepared for any family activity and never forgot a detail, something we will all miss about her. Just as Sheri and Mark had dedicated their lives to following their children’s every activity, they soon began trailing their grandchildren to their dance recitals, baseball games, school concerts, Pumpkin Patch, and added something new to their itinerary, Showdeos. Sheri’s greatest joy was watching her grandchildren grow into the special little people they were becoming.

Sheri spent the last five years of her life battling kidney disease. Though the pain and suffering she experienced was overwhelming, she never complained and greeted everyone, especially her grandchildren always with love and a smile.

One of the highlights of 2021 was Sheri and Mark celebrating their 40th Anniversary and Sheri’s 60th birthday with many family members and friends present.

Sheri is survived by her husband, Mark Aman; three children, Brandon Aman, Tampa Bay, Florida; Dustin Aman, Dickinson, ND, and Ashlynn (Anton) Helfrich, Dunn Center, ND; one sister, Debby (Robbie) Hermanson, West Yellowstone, MT; sister-in-law, Heidi Hauck, West Yellowstone; and numerous nieces and nephews. She is the adored grandmother of Madison, Bray, Olivia, and Baby Boy Helfrich due in May where her spirit will continue to live on in their hearts. Sheri was preceded in death by her parents, Ron and Janet Hauck; and brothers Roger Hauck and Darin Hauck.

In lieu of flowers, memorials are preferred to St. Mary’s Catholic Church, Richardton.