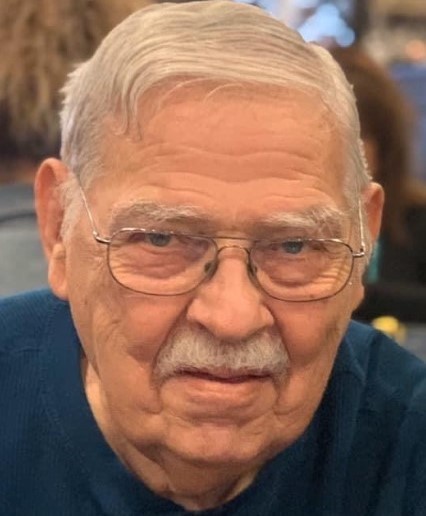 Posted at 19:47h
in Uncategorized
by staff

Dick was born January 12, 1938, in Lidgerwood, ND to Magnus and Mary (Gaukler) Mattson. He graduated from Lidgerwood High School in 1957.

Dick and Kay moved to Marysville, WA, in 2004 after they both had retired. They wanted to be close to their youngest daughter, Becky, and her twins. They returned to North Dakota in 2018, making their home in Bismarck.

Dick loved to play cards, whether it was pinochle, cribbage or dummy rummy, and always thought he was the best card player at the table. He would cackle when he won, much to the chagrin of other family members who wanted to see him lose. When his youngest daughter Becky brought over some high-school friends for a late-night poker game, she woke her dad up and asked him if he still wanted to play. He threw back the covers, showing he was fully dressed and ready to do his best to take their nickels and dimes.

He enjoyed fishing, although he often arrived home empty-handed. He was also an avid camper. Dick and Kay also tended a large garden near their home in Lidgerwood for a number of years. They both doted on their grandchildren. Dick was reserved with words of affection for his children but he was the family “softie”. He would shed tears at Christmas if one of his kids was unable to make it home for the holidays.

Dick and Kay had been married for more than 62 years at the time of his death.

He was preceded in death by his parents, one brother, Arnold Mattson and his wife Arliene, Lidgerwood, and one sister, Jean Biewer and her husband Charlie, Lidgerwood.

Cremation has taken place. A memorial service will be held in Lidgerwood in late spring or early summer.