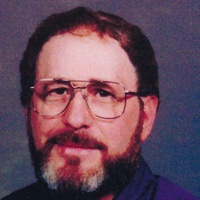 A graveside service will be held at 11:00AM, Saturday, May 21 at Dawson Cemetery, Dawson North Dakota. Family and friends are invited to the Dawson City Hall for Lunch and Fellowship.

Jake was born northwest of Crystal Springs, ND to Jake Sr. and Mary Gardner on May 24, 1947. He was 74 years old. He graduated Tappen High School in 1966 and in July of 1967 enlisted into the US Army. In 1968, he was deployed to Vietnam and returned home after being honorably discharged in 1969.

Jake worked at Slade Refuge for two years and then was a custodian and bus driver for Steele School in Dawson. He married Winona Kemmet on August 2, 1974. He then started working for Burlington Northern until the time came to devote his time and energy to taking care of his youngest son.

Jake coached many children in baseball for over thirty years including Pee Wee, Babe Ruth and high school baseball and loved every minute of it. He played softball and amateur baseball for many years.

He was preceded in death by his parents, Jake Sr and Mary; his brothers, William, Daniel, Clarence, Eugene and infant brother, Walter and his sisters, Lorane and Betty.