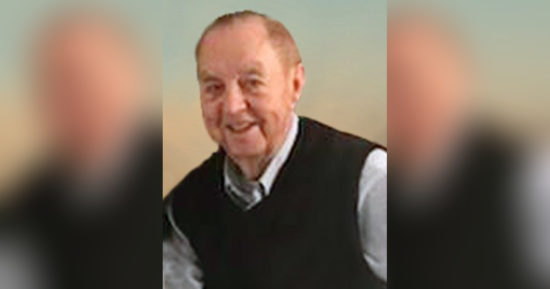 Bradley Charnholm, age 86, of Mandan, ND, passed away Dec. 31, 2021 at Sanford Health in Bismarck with his family by his side.

A Mass of Christian Burial will be held 11:00 AM Friday, Jan. 7th at Christ the King Catholic Church in Mandan with Fr. Fred Harvey as celebrant.  Burial will follow at the North Dakota Veterans Cemetery.

Brad was born November 9, 1935 in Bottineau, ND to Lawrence and Olga (Guttu) Charnholm.  He was raised in Souris, ND and graduated from the University of North Dakota.  Brad served in the US Army for two years and was stationed in Germany.  He married Judy Matthiesen on April 8, 1967 in Bismarck.  Together they raised their two children in the Bismarck/Mandan area.  He started work as an insurance adjuster, and later purchased the Ellis Agency in Mandan.  Brad retired in 2000.  In retirement, he enjoyed spending summer months at his cabin at Lake Tschida.  He also enjoyed hunting, traveling, and spending time with family.

Brad served as president of numerous civic clubs and belonged to the El Zagel Dusters and El Zagel Shrine.  He touched many lives throughout his years.

He was preceded in death by his parents and grandparents.

In lieu of flowers, the family prefers memorials to the Scottish Rite Speech Therapy Center for Children (P.O. Box 2094, Bismarck, ND  58504) or the donor’s charity of choice in Brad’s memory).