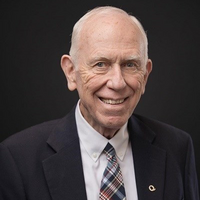 George Keiser died peacefully on Dec. 22, 2021, at Sanford Health, Bismarck, at the age of 75 after a courageous battle with ALS. December 22 has historically been one of George’s favorite days of the year, which he celebrated as “the first day of summer.” We now celebrate him.

Mass of Christian burial will be held 1:30 p.m. Monday, Dec. 27 at Cathedral of the Holy Spirit, 519 Raymond St., Bismarck. A service livestream will be available at the link: https://venue.streamspot.com/event/Mjk4NjEyNQ==

George Joseph Keiser was born to Joseph and Helen (Habiger) Keiser in Salt Lake City, Utah, on February 22, 1946. The youngest of 10 children, his parents took inspiration from the fact that it was also George Washington’s birthday.   He grew up in Salt Lake City and was a graduate of Judge Memorial High School. He earned his PhD in Social Psychology from the University of Utah. He served as a smoke jumper in the US Forest Service and received an honorable discharge from the US Army. At the University of Utah he was the Director of Conference & Institutes and the Snowbird Arts Institute. George was also Director of Assessment & Evaluation for the Veteran’s Administration Regional Medical Educational Center.

He met Kathy Gorman when he hired her to be his assistant at the “U” and they married in 1978.  They moved to Bismarck and Kathy’s home state of ND in 1980 when George and Kathy purchased Quality Printing Service from Kathy’s Dad, Steve Gorman, of Fargo. George served as President of Quality Printing Services until it was sold in 2020. George was also passionate about his position as an adjunct faculty member at Bismarck State College teaching Psychology and Statistics until 2019.

George served as a Bismarck City Commissioner prior to his election to the ND House of Representatives, representing District 47 from 1993 until his death.  He chaired both the Industry, Business & Labor and Transportation Committees in his time in the Legislature. Nationally, he served as the National President of National Conference of Insurance Legislators and was the first state Legislator ever to be appointed to serve on the Federal Advisory Committee on Insurance.

George never shied away from taking a stand for what he believed in and even if you didn’t agree with him, you always knew where he stood on an issue.  He was a true statesman, leading with integrity, humor, and an unending intellect. He always voted based upon what he truly believed was in the best interest of the citizens of District 47 and North Dakota.

George loved spending time with his family in Big Sky, MT hiking, skiing, hot tubbing, and fly fishing.  He also enjoyed golf, Utah football, and his riding lawn mower. To know George was to experience his exceptional wit, sense of adventure, and positive outlook. More than anything, he adored his wife, children, and grandchildren. How lucky we all were to have known George.

George was diagnosed with ALS (Amyotrophic Lateral Sclerosis), or Lou Gehrig’s Disease in the spring of 2019 and fought the illness with courage, good humor and grace just as he lived his life.  Throughout his diagnosis, George advocated for the ALS Association lobbying with the Congressional Delegation to increase funding for ALS research. At the time of printing, the bill is awaiting Presidential signature. George has donated his body to the UND School of Medicine for further research.