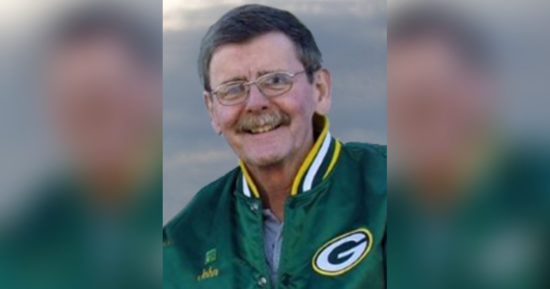 A committal service will be held at 12 noon on Monday, December 27, 2021, at the North Dakota Veterans Cemetery with full military honors.

John was born June 28, 1948, in Boston, Massachusetts, to William and Marie (Murphy) McCauley.  He was raised and educated in Boston.  John was active in the US Air Force air defense command from 1968-1972 as an E-5 SSGT and was stationed at the Fortuna Air Force Base.  It was there he met the love of his life, Linda Hallgren, and after just six weeks, they tied the knot on June 9, 1970.

July of 1971 brought their only child, daughter, Jennifer Lynn.  The family lived in Minot, ND, where John worked at the Air Force Base until his honorable discharge in 1972.  His training/education in the HVAC field took the family to Center, ND, in the early 80’s where John continued his career at Minnkota Power until his retirement.

John was a diehard cheese head, GOPACKGO!, a proud 49-year member of the American Legion Post 90, and a 35-year member of the 40 et 8, serving one term as the Grand Correspondent.  But his proudest title was PAPA given to him by his two grandchildren Macauley and Karsyn.  He would often joke with Jen that if he would’ve known being a Papa was so awesome, he would’ve skipped straight to that part!  He loved playing “money in the bank” when they were younger and always had some “spare Papa cash” as they got older.  John enjoyed many years as a CB radio operator under the call sign Papa Bear, but his lifelong hobby was being an amateur radio operator.  He’s signing off for the last time as KAØSMR.

John was preceded in death by the love of his life, Linda; his parents William and Marie McCauley; his brother, Richard McCauley; and his in-laws, Leo and Verna (Ulledal) Hallgren.

In lieu of flowers, the family requests memorials be sent to the North Dakota Veterans Cemetery.