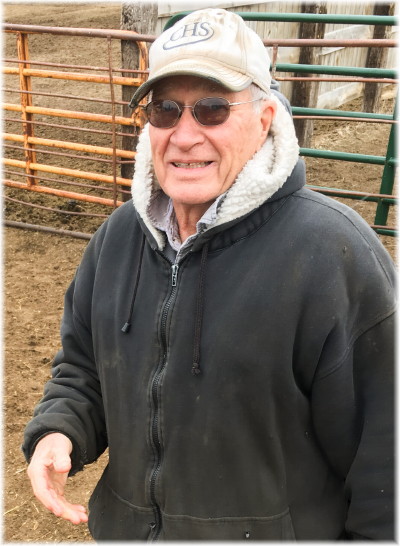 With great sadness, the family of Dale Evoniuk announces his unexpected passing on December 15, 2021. Dale’s Mass of Christian Burial will be at 10 a.m., Tuesday, December 21, 2021 at Queen of Peace Catholic Church, Dickinson with Msgr. Thomas Richter as celebrant. Inurnment will take place at the North Dakota Veterans Cemetery, Mandan. Military Honors will be provided by the Dickinson American Legion Post 3 Honor Guard. Visitation will be on Monday from 4 p.m. to 6 p.m. at Ladbury Funeral Service, Dickinson with a vigil at 6 p.m. with Deacon Al Schwindt presiding.

Dale Evoniuk was the eldest born to Samuel and Marjorie Evoniuk on May 29, 1947 in Dickinson. While battling strep throat in the fall of 1964, he met a hospital candy striper, Linda Schwindt, whom he made his wife on September 30, 1968, at St. Demetrius Ukrainian Catholic Church in Fairfield. A few days after they were married, Dale was drafted into the Vietnam War and served as Military Police. He returned home to his bride and welcomed their first child, Traci, on June 21, 1970. Dale was honorably discharged in November of 1970 and they began continuing the family legacy of farming and ranching on the family homestead in Fairfield.

In addition to farming and ranching, Dale worked on the oil rigs through the 1970s. In November of 1980, the Evoniuk’s welcomed their second child, Brad, to the family. Dale was highly self-motivated, which led to owning a partnership in a construction company through the 1990s that focused on fencing and agriculture building.

Working the land and tending to livestock was Dale’s purpose and greatest success. Dale was a devout husband and father to his family. Dale and Linda welcomed their son, Brad, and his family back to the ranch in 2012 to share his love of the land and lifestyle. His grandchildren, Sameena, Jacob, Ali, and Caleb, were Dale’s greatest joy and celebration. He loved to watch cartoons which he called, “funnies”, and could always be found teaching ranch and life lessons along the way. Morning family breakfasts were complete with bacon and eggs fresh from the chickens (Dale’s specialty) he tended, and most suppers were shared together as a family.

No one that came to the Evoniuk’s ever left hungry. Dale was always willing to lend a hand to anyone in need and became the area fix-it man. He was known as a helper to all in the neighborhood, and a rescuer to his daughter-in-law and grandsons in many predicaments. You grew to know and love Dale best working alongside him. Dale enjoyed reading crime novels, gardening, and talking with friends and family, a glass of whiskey in hand.

Dale died suddenly of a cardiac event doing what he lived and loved, feeding cows. Our hearts weren’t ready to say goodbye, but as typical Dale, it was as he would’ve wanted.

and Caleb Evoniuk; his brother, Chris (Marian) Evoniuk; sister, Pam (Rick) Hartwig; and sister-in-law, Amy Evoniuk. He was preceded in death by his father, Samuel Evoniuk; brothers, Jim Evoniuk and Robert Evoniuk, as well as many aunts and uncles.