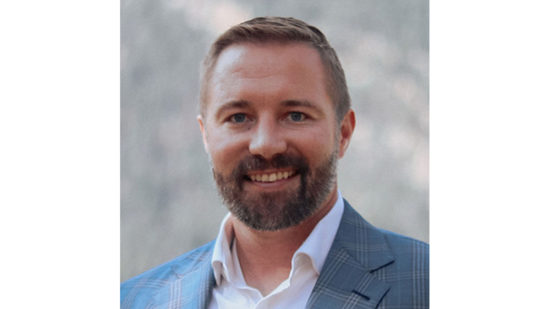 Funeral Services for Brandon Stevenson, 37, of Colorado Springs, CO will be 10:00 am, Friday, December 17, 2021 at the Stevenson Funeral Home in Dickinson with Pastor Scott Skones officiating. A Second Funeral will be held at 1:00 pm, Tuesday, December 21, 2021 at the Woodmen Valley Chapel at the Rockrimmon Campus in Colorado Springs, CO with Pastor Matt Ferrell officiating. Burial will be held in Colorado Springs. Full Military Honors will be presented by the Dickinson Drill Team and the Army’s 10th Special Forces Group.

Both services will be livestreamed at stevensonfuneralhome.com under Brandon’s obituary.

Brandon Dale Stevenson was born February 28, 1984 in Miles City, MT to Jonathan and Marlys (Kolka) Stevenson where he joined brother, Nicolas. Due to a sudden and brief illness, Brandon passed away December 12, 2021 at St. Francis Medical Center in Colorado Springs, CO. Brandon was raised and spent most of his childhood and adolescence in Baker, MT before moving to Dickinson, ND in 2001. Brandon graduated from Trinity High School in 2003 where he excelled in football, wrestling, and track.

Following high school, Brandon was nominated to the U.S. Military Academy at West Point. Brandon graduated in 2007 with a Bachelor’s degree in History and commissioned as an Army Infantry officer. During Brandon’s ten years in the Army, he earned many distinguished awards including the Army Ranger and Special Forces Tabs, as well as Combat Infantryman, Combat Action, Air Assault, and Airborne badges. Brandon entered the United States Army Special Forces in 2012 and earned the coveted and distinguished Green Beret. Brandon faithfully served the nation with seven deployments that took him all over the world to include three tours to Iraq, Libya, Jordan, Germany and Niger where he was awarded two Bronze Stars for his valor in combat. Perhaps Brandon’s greatest military accomplishment was the deep and life-long friendships he built with his Army brethren.

Brandon married his best friend, Wendy Junelle Jorde in Dickinson, ND, May 26, 2012. Brandon and Wendy lived in four states and settled in Colorado Springs, CO after Brandon was stationed at Fort Carson with the Army’s 10th Special Forces Group. Brandon and Wendy have two beautiful children, Adler 3 and Hadley 16 months. Brandon wholeheartedly enjoyed being a dad to Adler and Hadley and being a dad brought immense joy. Brandon was the best at being the bedtime story narrator, lyric creator, song singer, fire camp starter, tickle monster and so, so much more. Adler’s and Hadley’s first word was dada’ which is evident by Brandon’s sweet-sweet love, commitment, humor, and happiness that he shared with the kids and the love they felt for their dada. Although so young, we know that Brandon’s attention, love, and connection will carry Adler and Hadley through life with his insurmountable love.

Brandon separated from the United States Army in 2017 and went to work for Northwestern Mutual, which allowed him the opportunity to explore and get grounded in the financial sector. This past summer Brandon embarked upon his entrepreneurial journey and created his own financial practice, Imperium Capital. Brandon was well on his way of creating greatness in the financial world. This endeavor brought great love, commitment and passion to his life, and he was determined to make something big out of nothing, following in his father’s footsteps.

Brandon was a committed son, brother, husband, father, and friend. This is evident by the amount of people around the United States and world who have shown their support and love during this incredibly difficult time. The profound amount of sadness is indescribable. Brandon loved well and showed up for so many. Brandon’s humor, wit, and smile will be greatly missed by all who had the pleasure of knowing him. The overwhelming love and support, like his commitment to country and others, has been unwavering. Although it seems impossible, we’ll weather this storm and our love for Brandon and God will lead us through.
Survivors include: wife, Wendy and children, Adler and Hadley, Colorado Springs, CO; parents, Jon and Marlys Stevenson, Dickinson, ND; brother, Nic (Terri) Stevenson, Dickinson, ND; father and mother-in-law, Wayne and Vangie Jorde, Dickinson, ND; grandma, Marlene Stevenson, Miles City, MT; brothers-in-law, Justin (Lisa) Jorde, Thornton, CO; Joshua (Lindsey) Jorde, Dickinson, ND; sister-in-law, Angie (Bryan) Muri, Colorado Springs, CO; half sister-in-law, Angela (Steve) Bagan, Fargo, ND; nieces and nephews: Sadie, Nathan, Ali, Patrick, and Delaney Stevenson; Marisa and Aralynn Panasuk; Addison, Scarlett and Payton Jorde; Kinley and Levi Muri.

Brandon was preceded in death by his grandfather Dale Stevenson, niece Ava Jorde, and Grandpa Whimp. As well as his brothers-in-arms Captain Jay Jones and Major Sean Maples.

In lieu of flowers, the family requests contributions to the Brandon Stevenson Memorial Fund that will help ensure that Adler and Hadley are able to live out their dreams.