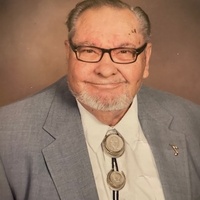 Leonard “Lenny” Baltus, 86, Garrison, died on Tuesday, December 7, 2021 at the Garrison Hospital.  Funeral services will be held on Monday, December 13, at 10:30 am at Peace Lutheran Church in Garrison.  Visitation will be one hour prior to services at the church.

Burial will be held at Ft. Snelling National Cemetery in Minneapolis, MN.

Leonard Stanley Baltus was born October 30th, 1935, to Ervin and Della Baltus in Steward, MN.  He was raised by foster parents, Clarence & Elmira Johnson.  He graduated from Franklin High School in 1955 in Franklin, MN.  He joined the Army National Guard in 1955 and was honorably discharged in 1959.  He joined the Army in 1959 and was honorably discharged in August of 1961.

Leonard married Shirley Ann Filipi in September of 1962.  From this union, they had three children, twins, Marsha and Machelle, and Michael.  Marsha passed away shortly after birth.  They resided in Omaha, NE where Leonard received a one-year certification from Thermo King.  They moved to Minnesota where Leonard obtained employment with the Minneapolis Star Tribune Union 638.  He retired from the Star Tribune after working for 30 years.  Shirley Ann passed away in January 1987.

In November of 1991, Leonard married Colleen Rowe.  Leonard and Colleen moved to the lake south of Garrison where they resided until Leonard moved to assisted living in Garrison.  Shortly after moving, his health failed and he resided at the Benedictine Living Center until his death.

He was preceded in death by his first wife, Shirley Ann, brother, Delbert, and daughter, Marsha.

Lenny has many half brothers and sisters, nieces, and nephews, both living and deceased.

The service will not be livestreamed but can be viewed at facebook.com/garrisonthompsonfh/ starting Monday afternoon.