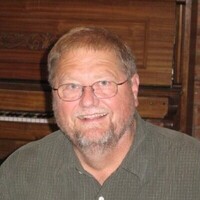 My life started on September 14, 1946, the first wave of the post-war baby boom. My father Marvin Pederson and mother Hazel (Foss) Pederson were a wonderful couple, throughout their lives were loved by everyone who knew them. Dad was called back into the Service for the Korean War, so I became an Army Brat as we lived in Maryland and Ohio. When I was seven, Dad bought a creamery and we moved to Arthur, ND. He was a strong believer in hard work, both for himself and me. I started driving a truck to farms in the area when I was 13 and weighed a little more than the cream cans I loaded.

I attended school in Arthur from the second grade through graduation and might have been defined as mischievous, although today I would have been classified with A.D.D. I had the opportunity to play on school sports teams, not due to any athleticism, but because there were only four boys in my class.

I attended North Dakota State University (Go Bison), was in the Sigma Chi Fraternity and scraped out a degree in mathematics. One of my greatest regrets is that I didn’t take advantage of the learning opportunities in college. Almost immediately upon graduation, I received my draft notice. The Army was desperate for soldiers as I somehow passed a physical while being basically blind in one eye. I was trained in artillery and in an NCO Training Academy when my father had a heart attack. I went home on an emergency leave and tried to keep the creamery operating, but when I was denied a hardship discharge, the creamery was closed, and Dad had to start over in his early 50s.

The next stop was Dong Ha Combat Base, just south of the DMZ in Vietnam in a Target Acquisition Battery. I was initially part of a survey squad that worked on Marine Fire Bases and was later assigned as a personnel clerk and driver/courier.

After returning to civilian life and a year back at NDSU, I accepted my first real job in 1971 as a Research Analyst with the ND Employment Security Bureau, now named Job Service ND. I had finally found something I enjoyed. In 1972 I married the girl back home, Susan Zimmerman. She’s been the best thing that ever happened to me.

In 1980, I was named Director of the Labor Market Research Division. My last few work years, I was also Employment Services Director and Federal Training Programs Director, but the labor market research aspect was what I enjoyed the most. I had the opportunity to serve on numerous local and national Committees and was on the team that worked with the US Bureau of Labor Statistics that developed the methodology currently used to estimate the official state unemployment rates and total employment levels. I enjoyed trying to make a positive difference in North Dakota with reliable labor force information. Our Division won several national awards for our publications. I was most proud that three analysts that I hired and mentored became Directors of Labor Market Information Divisions in three different states and that I sought out and hired the first female Research Analyst for our Division. In 2001, being only 54, I was forced to take a disability retirement due to medical issues related to Agent Orange exposure in Vietnam. The first years of retirement weren’t too bad; I spent time working on the yard, camping, and enjoying golfing with friends. In the later years, I have been housebound with my time spent working on my computer network, reading, and sending critical letters to our inept politicians.

Susan and I have had our pets our entire life together, initially just dogs, but expanding to cats in more recent years. Most of our furry family have been adopted from the Central Dakota Humane Society; all have been exceptional and a most important part of my life. The most exceptional was the mighty Thor, or as I dubbed him, the ThorMonster, a handsome 150-pound Great Pyrenees. I used the handle ThorMonster as my online identity in his honor.

I knew when I was told I had final stage renal disease that there wouldn’t be a lot of time left and that I wouldn’t be able to do some of the things and see some of the places I dreamed about. As I write this, I’m at peace with myself and while I don’t believe in a Heaven and Hell, I don’t discount the possibility of some type of personal existence beyond mortal life, but if not, so be it.

My parents were good Lutherans and raised me in that faith, but I realized in my early teens that I needed to question everything, and religion didn’t provide answers for me, so I turned to science and the law of physics as my higher power.

In summary, I’ve done some things that I’m not proud of, and made a few very poor decisions (a canary yellow leisure suit comes to mind), but overall, it’s been a rewarding life. So, I’ve got that going for me.

I leave behind my wonderful life partner, Susan, and two younger brothers, Tim and Mike (Phyl), and their families, our cats, Hilary, Betty and Natalie.

I was preceded in death by my father and mother; and my pets, Loki, Nikki, Moses, Thor, Murphy, Sigrid, Sadie, Miles K-Os, Tut Monkey, Wombat, Wiley, Georgie, and Fenrir.

Memorials can be sent to the Central Dakota Humane Society.