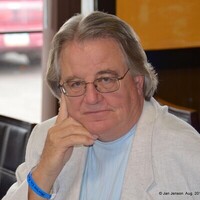 Burial will be held at Robinson Family Cemetery, Riverdale.

He lost his arm in a tractor accident on the farm when he was 4 ½ years old and from that point on, decided to let nothing stop him from doing anything. He graduated from the American Red Cross National Aquatic School as a certified lifeguard and canoeing instructor. He played most sports, baseball, golf, tennis. He also became a certified scuba diver and played on the semi-pro racquetball league.

Dad was a huge believer in education and received degrees from Harding University, UND, and Pepperdine University. He also took classes through the years earing 10 certificates in everything from non-profit management to dispute resolution to radio programming.

In college, he worked for the YMCA at their youth camps and then started his career working for the ND State Youth Authority as a Social Worker, but he also wrote and shepherded legislative passage of the first-in-the-nation innovative in-home childcare licensing law. He wrote administrative rules and regulations for the same and established the statewide program implementation by the ND Human Services Board. He then traveled across the US to assist other states (Texas, Louisiana, Virginia among others) in developing their programs.

He felt a calling and changed direction, becoming a minister in 1980. He preached for a short while here in Bismarck before moving his family to Southern California to be the lead minister at the Torrance Church of Christ, serving the congregation until 1998. While at Torrance, he became involved with World Bible School, becoming a teacher, and eventually writing materials for them and going on mission trips to over 25 countries. Also, while in California, he received his Master’s in Psychology and began working as an intern/therapist at LaVie Christian Counseling Center.

In 1998, he decided to retire from the pulpit but continue to minister through his work with World Bible School, moving Betty and Michael with him to Austin, TX. Charles moved the following year, and Gretchen came in 2000 after graduating from Pepperdine as well.

George thrived in Austin, delving back into his love of poetry. He started performing at slam poetry events, eventually not only serving on their board but also on the Austin Poetry Society’s Board as a 3 term President and life member.

Over the years he has served on many boards and founded or co-founded several non-profits, but the one that brings great joy is Shephard’s Hill Intl. It was established in Austin, TX and now based in Oklahoma City. SHI became the prime vehicle of the Give A Goat program in the Philippines. They are the first of its kind to be officially licensed in the state of Cebu. He also helped start a now thriving school that is soon to be a college, an orphanage, and was involved in church planting mission teams.

In 2015, Mac and Betty decided to move back to Bismarck to be close to their grandchildren. Mac started preaching again for a few years at the Mandan Church of Christ before retiring for the final time, spending time at the Senior Center and focusing on writing his book. He will missed beyond words, but we know that he is home and he is happy.