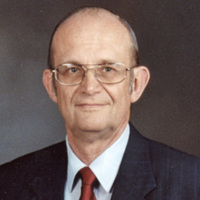 To view a livestream of the service access: www.firstlutheran.tv

Elwood was born November 23, 1945 at Crosby, ND, the son of Albert and Edith (Nelson) Smith. He was raised and educated at Flaxton, ND graduating with the Class of 1967. He was inducted in the US Army in 1967 and served primarily in Germany until his honorable discharge in 1969.

Elwood returned to North Dakota after his military career and was united in marriage to Susan Thompson on May 30, 1970 at Landa, ND. The couple made their home in Minot, where they were blessed with two sons.   Elwood was employed first with Mick’s Main Street Standard Station, then with Lockheed Corporation in manufacturing flaps for the L-1011 Tristar airplane, the Minot Police Department from 1977-2006, retiring as a Senior Patrol Officer after 29 years. He spent a few months doing “honey do” lists and decided to return to work at the Ward County Courthouse as Court Security. He continued in that capacity until December 30, 2019. He was known by his brothers in blue as “Killer” for his sense of humor.

Elwood enjoyed hunting, fishing, welding, and tinkering with cars, along with watching his Minnesota Vikings and the Minnesota Twins. He was a member of First Lutheran Church. During his illness, peach pie from Charlies was satisfying to his fragile appetite.

Elwood was preceded in death by his parents, Albert and Edith; and a brother, Floyd.

Celebration of Life service: Saturday, December 4, 2021 at 1:30 p.m. in First Lutheran Church, Minot. To view a livestream of the service access: www.firstlutheran.tv