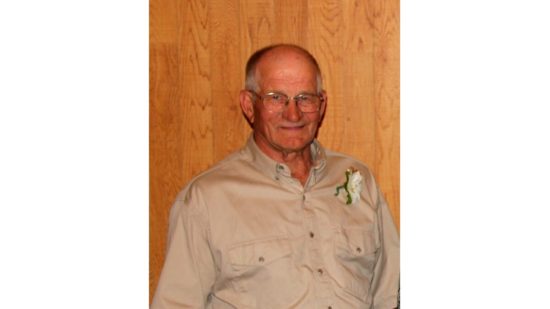 Elmer passed away on December 5, 2021 at Richardton Health Center, 81 years after he was born in Richardton, after a long battle with cancer.

For those unable to attend, the service will be live streamed at stevensonfuneralhome.com. Scroll below Elmer’s obituary to view, 10 minutes prior to the service.

ELMER XAVIER DUKART, 81, was born on January 28, 1940, to parents of Joseph and Mary (Reiter) Dukart. The middle sibling to older sister Elaine and younger brother Alphonse, the Dukart Family lived and worked their farm southeast of Dickinson, ND. It was here that Elmer learned to love and appreciate agriculture. His first job off the farm was at Schnell Livestock Auction in Dickinson, where he made 75 cents an hour. Schnell was where he met his wife, Louise Birdsall.

Elmer and Louise were united in marriage on June 15, 1963 at St. Joseph’s Catholic Church in Dickinson, ND. Soon after, they moved south of Gladstone, ND where Elmer became very involved in the church and community. Elmer and Louise raised seven children in Gladstone – Blaise, KariLei, Jay, Rocky, Kristi, Sally, and Sara – all of which helped work the farm until its sale in 1991. After the sale of the farm, Elmer and Louise moved to Dickinson. One of Elmer’s coworkers called him a motivator. He said that if Elmer wouldn’t do the job, he wouldn’t make someone else do it either. Elmer’s family would joke that he was a Bull in the China Cupboard and The Energizer Bunny, as he never slowed down even after he “retired”.

In lieu of flowers, the family prefers that you donate to the charity of your choice in Elmer’s honor. Jeans are welcome and masks will be provided for all who attend.