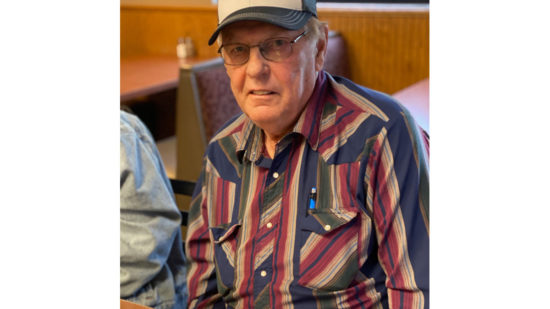 Andy passed away Sunday, December 5, 2021 at CHI St. Alexius Bismarck with his daughters by his side.

Andrew Julius was born in Dickinson on July 29, 1945, the son of Vincent and Victoria (Pavlicek) Praus. Growing up on the family farm, he attended country school and helped on the farm until his entry into the US Army 1967. During his two year enlistment, Andy married Paulette Ridl on December 14, 1968. The couple was just days shy of their 53rd wedding anniversary. Andrew was honorably discharged in 1969. Andy and Paulette made their home in the Dickinson area where they also raised three children. He worked various jobs before finding his career at Theodore Roosevelt National Park working in maintenance from 1986 until his retirement in 2013.

Andy was a bit of a jokester and he enjoyed bringing home ‘treasures’ from countless auction sales. He loved playing around with his John Deere tractor in the snow and he enjoyed meals at Dakota Diner. Dancing polkas and waltzes, playing accordion, watching PBR and football, and playing cards were his favorite pastimes. Andy’s grandchildren were the light of his life and he cherished family time. He loved going to the races with his son on Saturday nights, going fishing with Brandon and watching the grandkids dance. Many memories will be cherished.

He was preceded in death by his parents Vincent and Victoria; brother, Marvin Praus and infant brother Joseph.