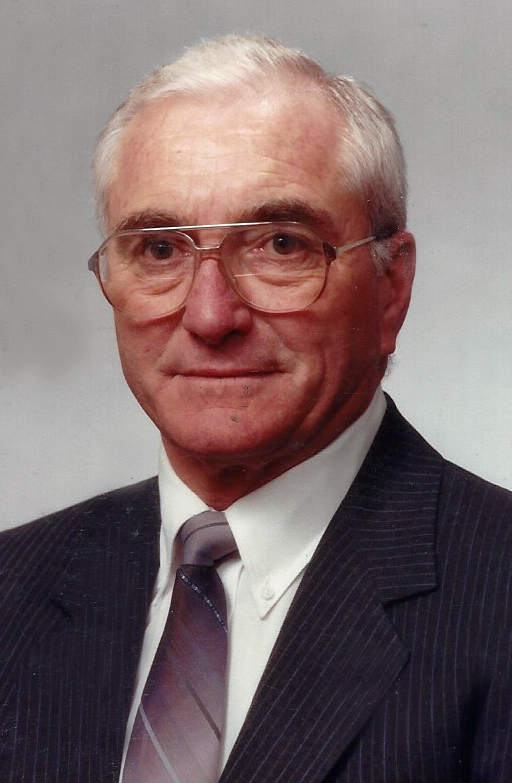 Posted at 15:09h
in Uncategorized
by staff

Curtis was born on May 2nd, 1927, on his parent’s farm in Sioux County ND, north of Morristown SD. He was the oldest son of five children born to Nick and Gladys (McLean) Striegel.  He attended rural grade schools, Leith high school, and graduated from Elgin high school in 1944.  Curt entered the Navy in July of 1944, served in the Naval Amphibious Forces on the USS Union which saw service from the Atlantic Coast through the Panama Canal to the Hawaiian Islands, Philippines, China Coast, Guam, and was at Yokohama Japan on September 10th, 1945, at the end of WW2.

He graduated from North Dakota State University in June of 1951 with a BS degree in Agricultural Economics and a minor in Animal Husbandry. Curtis married Maurine Ault from Cavalier, ND on September 3rd, 1950. They had four children: Janice, Nick, John, and Paul.

In the mid fifties after his father died, he farmed with his brother Duane at Leith ND for two years. He then spent over 30 years with Farm Credit Services, namely Federal Land Bank (FLB); as an appraiser, loan officer, and then President of the Bismarck FLB Association. After early retirement in 1985 he became a realtor in the Bismarck area for 13 years. He also designed and developed the Bismarck KOA Campground in 1970, and along with his family operated it for many years.

Curtis was a charter member of Our Saviour’s Evangelical Lutheran Church and served in most of the various church offices, was active in the construction of the church and church parsonage.

Curt loved sports, played basketball for Leith and Elgin high schools, earning the All-Conference guard honors in 1944. He enjoyed playing volleyball in the Bismarck Church League, golfing, and hunting; especially when it was with his brothers, sons, and grandsons. He was an active horseman, rode with the 7th  Memorial Cavalry unit, rode in equine endurance rides, and enjoyed trail riding.

He was a member of the V.F.W., American Legion, Bismarck Horse Club, DeMores Riders, Maah Daah Hey Trail Assoc, Fort Lincoln Foundation, Company “G” of the 7th Memorial Cavalry, and the Frontier Army of the Dakotas.

Above all he was a family man who loved his wife, children, grandchildren, relatives, and friends.

“I have fought the good fight, I have finished the race, I have kept the faith. Now there is in store for me the crown of righteousness…”        2nd Timothy 4:7-8a

The family would like to thank all the staff at Edgewood Assistant Living, and the staff of CaringEdge of Bismarck. Curt was very grateful for all the care and thoughtfulness they gave him.

In lieu of flowers, any memorials can be given to Our Saviour’s Lutheran Church, Bismarck.