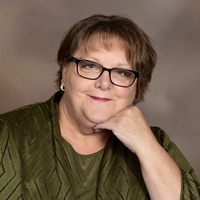 She was born on December 23rd, 1954, to Donald and Wanda (Lindquist) Huettl at the Garrison Memorial Hospital.  She graduated from 8th Grade at St. Nicholas Catholic School in 1969 and from Garrison High School in 1973.  Joan graduated Minot State College with an associate degree in Criminal Justice in 1975.  She was employed as a patrol officer with the Minot Police Department and later as Chief of Police for the City of Burlington.  Joan moved to Vermont where she earned associate degrees in both Accounting and Business Administration.  She then lived in Florida for a short time before moving back to Garrison to work while also earning a Bachelor’s Degree in Accounting from Minot State University in 1992.  Shortly thereafter, she moved to Fargo for employment.  She became a Certified Internal Auditor and later moved to Grand Forks.

Joan was engaged to marry Rolly Kersten when he suffered a tragic fall at work that severed his spine, permanently disabling him.  She was at his side all throughout his recovery and they were married later that year, on November 22nd, 1997 in Grand Forks.  They resided there until retiring to Garrison in 2009.  They were both avid hunters and gardeners.  She was Rolly’s wife, primary in-home care giver, and personal assistant until his death on March 17th, 2013.

Joan was employed part-time at the St. Nicholas Catholic Church as Secretary.  She enjoyed gardening, crafting, card making, and celebrating birthdays and holidays with her family.  She showered love on her nieces and nephews, attending their church and school programs.  She also enjoyed riding her jet ski, and hosting morning coffee time in her garage and evening bonfires with her closest friends and family members.

She was preceded in death by her husband, her parents, and her brother, Mark Huettl.