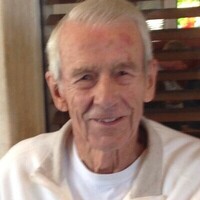 Arlo Howe, proud husband, son, father, brother, papa, and friend passed away on Nov 30, 2021, in Bismarck, after a 29-year battle with Parkinson’s.

Arlo was born on a farm in Hettinger ND. He graduated from Hettinger schools in 1952, and went on to North Dakota State University, graduating with an education degree in 1956. He later went on to complete a master’s degree in School Administration.

Arlo married Erkle Poppler, and together they raised two daughters, Dona Cornatzer (Dr. William Cornatzer) and Cathy Schmitz (John, deceased 2020). This December would have marked 67 years with the love of his life.

The epitome of a scholar and a gentleman, Arlo dedicated his life to education and mentoring youth, twice earning National Principal of the Year honors. He was also an original organizer of the Tioga Farm Festival, serving as Grand Marshall on two occasions, for the event that still exists today after over 60 years.

Arlo is survived by his loving wife, Erkle; his two daughters and one son-in-law; his sister, Kay McCarthy (Don); sister-in-law Linda Wehr (Robert); sister-in-law Isabel Howe; as well as 6 grandchildren and 14 great grandchildren. He is also survived by various nieces and nephews. He was preceded in death by six siblings, his parents, and his son in law.

The family has decided not to hold any services, and they encourage any memorials for Arlo to be given to the charity of your choice.

“When a great man dies, for years the light he leaves behind him lies on the paths of men.”—Henry Wadsworth Longfellow