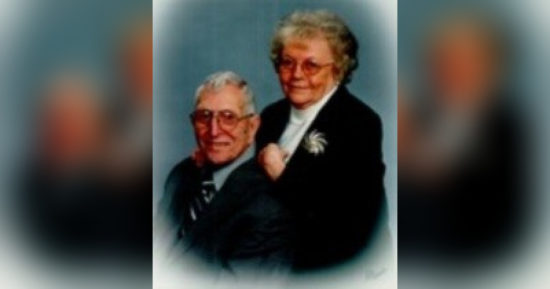 Memorial Services will be held at 11:00 am on Thursday, December 2, 2021, at Weigel Funeral Home, Mandan, ND with Msgr. Chad Gion as celebrant. Burial will be at the North Dakota Veterans Cemetery. Visitation will be held one hour prior to the service.

Charles “Chuck” William Snyder was born August 26, 1929 in Selfridge, ND to Harold and Anges (Mitchell) Snyder. He attended his school years in Selfridge ND. After high school, Chuck joined the United States Air Force. He served from 1947 to 1952 during the Korean War. On December 16, 1954 Chuck was united in marriage to Dorothy Helen Bonagofsky in Selfridge, ND. Chuck and Dorothy made their home in Mandan, ND while Chuck worked road construction. His family continued to follow him while working in road construction. Throughout this time, they lived in Minot, Bismarck, and Selfridge before settling in Belle Fourche in 1966. Charles worked at IMC in Colony Wyoming until he retired.

After retiring, Chuck enjoyed traveling to see family, snowmobiling, fishing, and hunting. Chuck loved sneaking off to the casino with his kids whenever he got the chance. Charles also spent his time volunteering at FT. Meade Veterans Hospital. He was an active member of St. Paul’s Catholic Church in Belle Fourche and St. Philomena Parish in Selfridge, ND until his passing. His pride and joy was spending time with his grandkids and great-grandkids.

He is preceded in death by his wife, Dorothy (2013); his parents, Harold & Agnes; father and mother-in-law, Steve & Philomena Bonagofsky; sister, Evelyn Koch; and nephew, Dale Gerady.