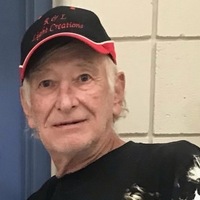 Visitation will be held from 3 to 5 p.m. Sunday at Steele Memorial Chapel, Steele.

Burial will be held at Dawson Cemetery, Dawson.

A live stream of the service will be available for view at the following link:

Robert was born October 25, 1950 to Leo and Irene Sprague in Bismarck, the oldest of three brothers. He grew up on the family farm in Dawson. In his early years, he attended school in Dawson and graduated from Steele High School in 1968.

He then attended classes to become a Machinist at NDSCS, Wahpeton, until his father fell ill. Robert returned to the family farm to help his mother with his younger brothers and the dairy operation. He continued to farm for 25+ years with the love of his life, Linda, where they raised their family of four. The two were married on October 17, 1970.

Robert and Linda dedicated their lives to the farm and their family. After deciding to discontinue the dairy operation in 1995, they continued on the farm with cattle until they retired in 2015. Robert liked to tell people he was enjoying being retired while all the while he and Linda started R & L Light Creations. He continued to deliver the mail and even through his failing health, he was able to finish hauling potatoes this fall.

Being able to design his own creations and attending Pride of Dakota Shows was one of the things he looked forward to each year. He was active in Dawson, where was a First Responder, the Fire Chief and took part in Dawson Player’s (where they did plays and skits that entertained all). He was active in Pool and Softball leagues and throwing darts during his free time.

He loved his community and felt there was no better place to live than Dawson. You would find him traveling the back country roads, enjoying nature and visiting with any neighbors along the way.

Fireworks were something that he loved to put on every year for family and friends. He even had a Class C firework license and helped with the Dawson Firework Shows for years.

Robert had a great love for music. He was an accomplished piano player and loved to entertain whenever possible. He had an extensive collection of records that he enjoyed. In his younger days, he would DJ and entertain.

Robert loved to watch his grandchildren in any activity they participated in. Being a big kid himself he loved to tease the grand kids and also taught them to play cards.

Robert was preceded in death by his father, Leo Sprague; and numerous aunts and uncles.