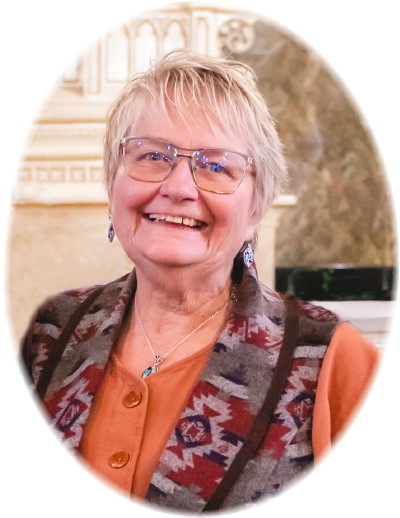 Melissa Rustan, 68, Dickinson, passed away unexpectedly, but peacefully in her home on Wednesday, November 17, 2021. Melissa’s funeral service will be at 10 a.m., Tuesday, November 23, 2021 at Ladbury Funeral Service, Dickinson with Pastor Ron Dazell officiating. Interment will follow at Rainy Butte Cemetery, New England. Visitation will be on Monday from 5 p.m. to 7 p.m. at Ladbury Funeral Service and will continue one hour prior to the service on Tuesday.

Melissa Dawn Hoffer, born January 14, 1953, grew up on the family farm near Regent, with her parents, 5 brothers and 1 sister. She truly enjoyed raising cows and especially bottle-feeding calves and teaching them to drink from a bucket.

After graduating from Regent High School in 1971, Melissa married Lonnie Hafele. This union was blessed with a son, Tony, in 1972.

In 1974 Melissa started her career in beekeeping after being hired by Woodworth Honey Company. Melissa was devoted to her family, caring for Tony, and taking care of her husband Lonnie, who suffered from diabetes. She cared for Lonnie until his death in 1985.

In 1992, Melissa married Jerril Rustan and was blessed with a second son, Dustin. Melissa and Jerry, with the help of her son Tony and daughter-in-law Alison, opened Windy Hill Honey Company. Later, Melissa and Jerry opened Dickinson’s Hometown Sears Dealer Store. Melissa was active in the Jayceettes, which was later called The Women of Today. She and Jerry were also active members of The Dickinson Area Home Builders Association. After Jerry’s passing in 2008, Melissa continued to operate the Dickinson Sears until her retirement in 2014. At that time Melissa moved to Big Timber, Montana where she met her best friend and travel companion, Benita Handford.

After her granddaughter Eliahna was born in 2016, Melissa decided to move back to Dickinson to be closer to family. She lived with her son Dustin. Melissa loved adventure and in retirement traveled to Hawaii, Alaska, Germany, Russia, England, and China. Most of all she enjoyed spending time with her family and friends. She was the mother and grandmother that never let a birthday or special occasion go uncelebrated. Melissa loved hosting and preparing all the holiday gatherings for her family and friends. One of her favorite things to do during the holidays was decorating Christmas cookies with her grandchildren and great-grandchildren. On any given day, you could find Melissa engaged in her favorite hobbies: sewing, quilting, embroidery, camping, riding side by sides, taking walks, or snuggling in her chair to watch TV. These activities were always improved with the presence of her family. All of Melissa’s hobbies were centered around the family and friends to whom she was so loving and loyal. Those who knew her best called her grandma.

Melissa is preceded in death by her husbands, Lonnie Hafele and Jerril Rustan; parents, Rueben and Dorothy Hoffer; brothers, Ron, Dean, and Gene; and her sister, Bonnie.