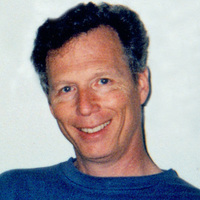 A livestream of the service will be available by accessing:  https://www.mtmsales.net/thomas

Robert (Bob) Hale, 73, Minot, left this world November 18, 2021, in the company of his two guardian angels (he was firmly convinced he needed two!).

He was born March 15, 1948, in Olympia, Washington, to Clara (Hesse) and Lisle Hale. Most of his childhood was spent in the Seattle area, where he attended St. Francis Grade School, and O’Dea and Highline High Schools, graduating in 1966.

While pursuing a business degree at the University of Washington, he worked in quality control for The Boeing Company and coached an AAU swim team in Mountlake Terrace, Washington (his favorite job of all time). Through his college years, Bob also worked at the Space Needle, starting in the kitchen washing pots and pans, and finishing by running the gift shop and ordering all the food for the restaurant. A frequent story of his was of enjoying many games of tag with co-workers on the roof of the Space Needle… at night!

Bob attended Gonzaga Law School in Spokane, Washington, where he met his wife Susan Brunner. They were married at St. Leo’s Catholic Church, Minot on June 24, 1972.

Upon graduation in 1974, Bob worked for Touche Ross & Associates as a management consultant for several years, leaving to start a career in real estate, specializing in rental housing.

His interest in real estate led to a long-time career as a general contractor, first as MH Associates, then as R/L Associates and continued in Minot after moving here in 1992 as Bullwinkle Builders.

While still in Washington, Bob was a member and vice president of the Seattle Masterbuilders Association, beginning a lengthy period of legal suits against the onerous regulations of the Seattle building department.

He established and operated the Northwest Legal Foundation, a public interest law firm dedicated to the same thing—promoting reasonable building practices and other property rights issues. Because of the legal foundation, he was invited to be a member of the Heritage Foundation Legal Strategies Forum in Washington, D.C., a group of attorneys who ran various public interest law firms across the country. He has met with them twice a year for over 30 years.

Soon after moving to Minot, Bob began writing a weekly opinion column for the Minot Daily News. It ran for several years and had a loyal following. In the late 90’s, he was a member of the Parish Council of St. John the Apostle Parish in Minot. He was also elected to the Ward County Farm Bureau Board of Directors and served for nine years. Recently he was inducted into the Bismarck chapter of Legatus, a national Catholic business owners’ organization.

In 2000 Bob built Somerset Court, an assisted living facility, in Minot and another in Rapid City, South Dakota, in 2005. He took an active role in the overall management of the facilities and spent his most enjoyable times visiting with residents.

In between regular activities, Bob was active in North Dakota conservative politics, earning the title of troublemaker by some and hero by others. In 1998 he was campaign manager for a federal senatorial campaign, with his candidate making a respectable showing against a long-time incumbent.

For many, Bob was a mentor.  He was always happy to help people solve problems or to give advice – legal or otherwise –  when asked.  He made a positive impact on many lives.  A close friend wrote “We have lost a distinguished man, a skillful thinker, and an inspirational soul.”  Another wrote that he had “Known Bob as a builder, a lawyer, a devoted family man, a devout Catholic, and a close friend.  I’ve known him as a truly great man – who will now be missed.”

Bob was passionate about education in general and Catholic education in particular. He was interested in a wide and eclectic variety of subjects—he never met a book he didn’t want to read.

Family always came first with Bob—he never missed a sporting event or school activity of his four children. They were his pride and joy, and his 10 grandchildren were an ongoing source of pride in his family.

He was preceded in death by his parents; brother Don, Seattle, Washington; and sister Tricia, Minot.

Mass of Christian Burial:  Tuesday, December 7, 2021 at 11:00 a.m. in St. John the Apostle Catholic Church – Minot. A livestream of the service will be available by accessing:  https://www.mtmsales.net/thomas
Vigil Prayer Service:  Monday, December 6, 2021 at 5:30 p.m. in the church.
Visitation:  Monday from 3:30 p.m. to 5:30 p.m. in the church.
Interment will be in the St. Leo’s Section of Rosehill memorial Park – Minot.
Memorials are preferred to Bishop Ryan Catholic School or to the donor’s choice.