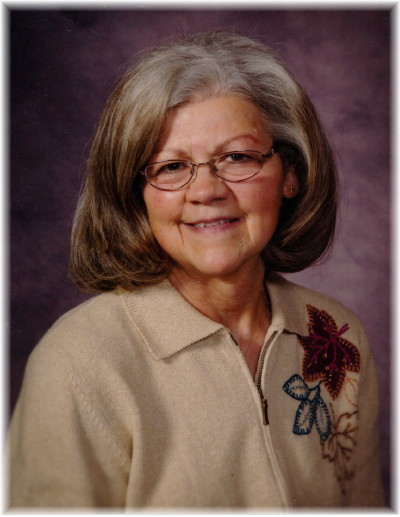 Janice M. “Jan” Schaper, 71, Dickinson, gained her wings on November 10, 2021 at the age of 71. She passed away at home peacefully with her family by her side from complication due to cancer treatments. Jan’s funeral service will be at 10 a.m., Tuesday, November 16, 2021 at Redeemer Lutheran Church, Dickinson with Rev. Michael Wolters officiating. Interment will take place at the North Dakota Veterans Cemetery, Mandan. Visitation will be on Monday from 4 p.m. to 7 p.m., at Ladbury Funeral Service, and will continue one hour prior to service at the church.

Janice Mae “Jan” Rehberg entered this world on April 28, 1950 the sixth of seven children born to Albert and Olga (Gegelman) Rehberg. Jan was a woman of faith and was very active in the Missouri Synod Lutheran Churches of Williston and Dickinson. She believed in education and passing on the word of her faith to younger individuals. Teaching Sunday School at the ripe age of 13, Jan continued bible study until her illness slowed her down.

For most of her professional career she was a secretary and an office manager. She worked for the P & A Advocacy Project, Professional Adolescent Treatment Homes (PATH) and the Redeemer Lutheran Church in Dickinson where she retired from in August of 2021. She had various job titles over her career, but other than “Mom”, and “Grandma” one of her favorites was “Miss Jan” that was given to her by the students at the Redeemer Lutheran Pre-School over the 20 plus years she was the church secretary. She tried waitressing at Jamie’s Café in Williston and retail at JCPenney’s in both Williston and Dickinson. For the past six years she has enjoyed the time she has spent bowling and spending time with her bowling friends.

The radio broadcasting business brought her to Dickinson to open the KLTC radio station. She later would work at Stark Ready Mix that resulted in a lifelong friendship with Sandy Franchuk Schaefer. Sandy would introduce her to her future husband John Schaper. Jan and John would later discover that they met ten years earlier while she was attending school at Minot State. They were married on April 11, 1981 and celebrated their 40th Anniversary in 2021.

Jan is survived by her husband, John; son, Michael (Courtney); grandson, Josef; daughter, Sarah (Mark) Greene; brothers, Ken Rehberg and Albert J. Rehberg; sisters, Marilyn (Carson) Aasen and Thelma Wheeler; brother-in-law, Jim Frederickson; numerous nieces and nephews; and a group of fur babies. She had a compassion for all furry creatures. Once she named them they were part of her family.

She was preceded in death by her parents; sisters, Delores Johnston and Corrine Frederickson; brothers-in-law, Carroll Johnston and Steve Wheeler; sister-in-law, Charlotte Rehberg; nephew, Ben Johnston; and several of her fur babies.

Jan was a miracle in her own right having survived several heart attacks and open heart surgery  at the age of 36. Mike was five years old and Sarah was only four months old at the time. Part of her therapy was to walk. She walked two to four miles usually with her basset hound “Muffin” by her side. This exercise helped to keep the heart issues under control for 35 years. She was diagnosed with stage four cancer in September 2021. Jan put up a short, but valiant fight against the cancer that left her exhausted both physically and mentally. Her mantra during the fight was “NEVER GIVE UP” and “MIRACLES HAPPEN”. This was not to be. The Lord saw how tired she was and called her home.