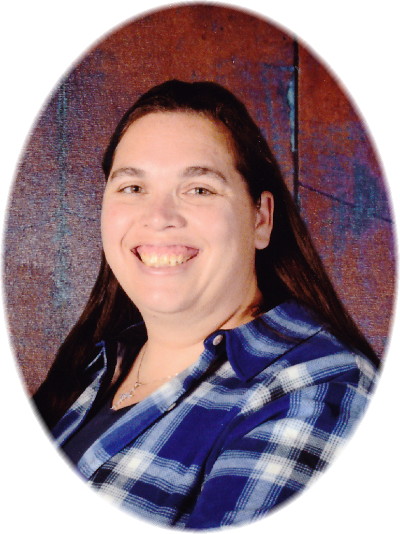 Sherrie Bierman, 42, Dickinson, died unexpectedly on Thursday, November 4, 2021 at CHI St. Alexius Dickinson. Sherrie’s Funeral Service will be at 10 a.m., Wednesday, November 10, 2021 at Prairie Winds Church, Dickinson with Pastor Jerry Stravia IV officiating. Interment will take place at the Dickinson Cemetery. Visitation will be one hour prior to the service at the church.

Sherrie Marie Duck was born on October 20, 1979 in Sturgis, SD, the daughter of Vincent and Rita (Engle) Duck. She was raised south of Faith on the family homestead. She was educated in Faith and was a active in Luther League Volleyball, cheerleading, and MYF and choir. She also worked at Lynn’s during high school. Sherrie graduated from Faith High School in 1998 and went on to attend Northern State University where she continued to be active in choir and worked at the Aberdeen Walmart. Following college she worked at Walmart in Rapid City.

Sherrie was united in marriage to Rory Bierman on September 26, 2006 in Faith. They were blessed with a family of seven children, Cora, Eli, Jewel, Anna, Bianca, Ike and Zeb.

She loved music and enjoyed playing piano and mandolin. Sherrie was  jack of all instruments and master of all. She loved playing volleyball, playing cards, sewing, camping, hunting, fishing and spending time outdoors.

She was preceded in death by her maternal grandpa, Clement “Chuck” Engle; paternal grandparents, Verdun and Joesphine Duck; and brother-in-law, Bruce Bierman.

There is a Bierman Family Benefit Account set up at Dakota Community Bank and Trust.