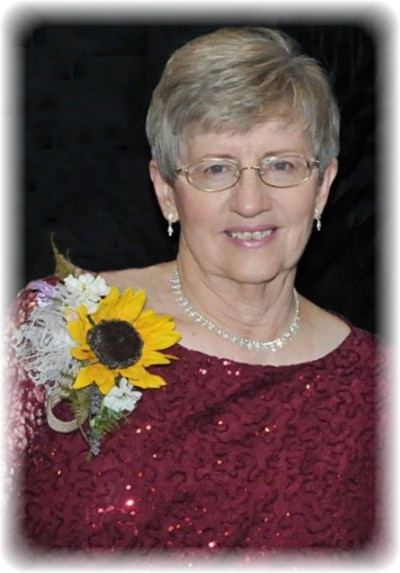 Karen Ann Reis, 75, Belfield, died Friday, November 5, 2021 at CHI St. Alexius Dickinson. Karen’s Mass of Christian Burial will be at 10 a.m., Thursday, November 11, 2021 at St. Bernard’s Catholic Church, Belfield with Fr. Shane Campbell as celebrant. Interment will follow at St. Bernard’s Cemetery, Belfield. Visitation will be from 5 p.m. to 7 p.m. on Wednesday at Ladbury Funeral Service, Dickinson with a rosary and vigil at 7 p.m. with Deacon Loren Kordonowy as presider. Visitation will continue one hour prior to the service at the church on Thursday.

Karen Ann Weisenberger was born November 26, 1945 in Halliday, the daughter of Jacob and Magdelena (Weisenberger) Weisenberger. She was raised and educated in Halliday. Karen went on to attend Dickinson State College where she earned her teaching certificate and became a teacher.

Karen was united in marriage to Finian Brinster on March 31, 1970 at St. Joseph’s Catholic Church, Dickinson and to this union four children were born, Chad, Steven, Michael and Annette. Karen and Finian farmed south of Belfield until his passing on January 28, 1990. Karen remained on the farm, meeting Peter Reis and eventually marrying on June 10, 1994 at St. Bernard’s Catholic Church, Belfield. They continued to reside south of Belfield and Karen taught in several schools in southwest North Dakota until her retirement, at which time she joined Peter at the Fix-It-Shop.

She loved gardening and flowers, spending time with family, decorating her home and scrapbooking.

She was preceded in death by her first husband, Finian Brinster; her parents; siblings, Verna Hatler, Raymond Weisenberger and Lucille Schmoldt.