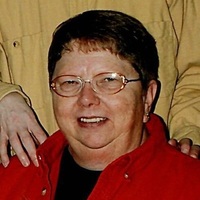 Donna Brown, 73, Garrison, was called to the Lord on November 6, 2021 after a short battle with congestive heart failure and pneumonia.  Memorial services to be announced.

Donna was born on January 28, 1948 to Cecil “Sarge” and Florence Wintermeyer in Mauston, WI.  She moved with her parents to Minnesota and North Dakota and attended grade school in Richardton, ND.  She later attended high school in Bismarck, graduating from Bismarck High.

She worked as a candy striper , later know as a nurses aid, which is how she met Gerald Brown.  In her later years she worked at the abused adult resource center in Bismarck.  They began dating and were soon married.  From this union came 5 children, William, Wayne, Loralie, Colleen and Johnny.  Donna loved taking care of her children.  She was like a mother bear when it came to her  kids.  No one was going to hurt her cubs!  Gerald and Donna were married for 13 years before divorcing.  Donna later married Frankie James Lund.  They went their separate ways but later remarried for a second time.

In her younger days, Donna loved to ride motorcycle.  She owned one of her own and would go for long rides.  One day as she dropped of Johnny, she pushed on the throttle of her bike and it stuck wide open and she did a wheelie all the way out of Sertoma Park!

She enjoyed fising, crocheting, reading, and sewing doll clothes.  She also played guitar, loved to dance, and was a self proclaimed “jack of all trades, master of none”. But most of all, she enjoyed spending time with her kids and grandkids and was so looking forward to her first great grandbaby who is on the way.  Donna also liked to collect bears.

Donna was preceded in death by her parents, Cecil and Florence, and brothers, Robert and David, and a nephew, Nolan Wintermeyer.