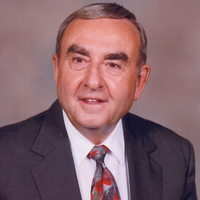 Burial will be held at 3:00 p.m. at the North Dakota Veterans Cemetery, Mandan.

Visitation will be held from 5-6:30 p.m. at Eastgate Funeral Service on Thursday, Oct. 28, 2021 with the family present as well as one hour prior to the service at the church on Friday.

Alvin was born on May 9, 1936, in McClusky, ND to Albert J. and Marie (Bender) Neuharth, the 11th of 13 children. He attended elementary and High School in McClusky graduating in 1954.  After graduation he joined the United States Navy, where he served on the USS Porterfield as an interior communications electrician for two years.  His tour of duty took him across the Pacific Ocean from San Diego, to Australia, Japan, Hong Kong, Korea, Hawaii and back.

After returning home he worked for the North Dakota State Highway Department building highways around North Dakota.  He met his future wife, Eunice, on a blind date while he was working on a project near Ashley, in 1958. They were married on September 6, 1959, at the Ashley Baptist Church. Three children were born to this union: Keith, Lana and Steve.  After getting married Alvin worked at Coast to Coast Hardware stores in Grand Forks and Bismarck, Sherwin-Williams Paints in Bismarck, Ditch Witch Trenchers in Mandan, and the Mandan Hospital. His final stop was at the purchasing department at Med Center One Hospital, now Sanford Health for 24 years, until his retirement in 2000. In his spare time Alvin took pride in his yard and garden.  He always had a neatly manicured lawn, and many bountiful crops of tomatoes, cucumbers, carrots and radishes.  He also liked to fish the rivers, streams and lakes around Bismarck, and to hunt for ducks, geese, grouse and pheasants.

He was a member of Bismarck Baptist Church and then a founding member of Century Baptist Church, where he served on numerous boards and committees over the years.  He also helped with the construction of the original church building and the first addition.