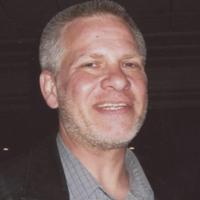 Sean Spencer was born in Knob Noster, Missouri on May 21, 1970, the son of Richard and Joyce (Hines) Spencer, and step-father Jerome Kremer. Sean attended school and graduated from Minot High School in 1989.

Sean was employed at Roger Ward North American Moving & Storage. He was also employed prior at Hanson-Maves. He was passionate about his employment and always helped family members move when needed. Throughout his employment as a mover, Sean became a huge hoarder. Sean’s greatest love and joy was his children. There was never a moment he wasn’t proud of each one of them.

Sean was preceded in Death by his sister Tonia Spencer and brother Jerome Michael Kremer.