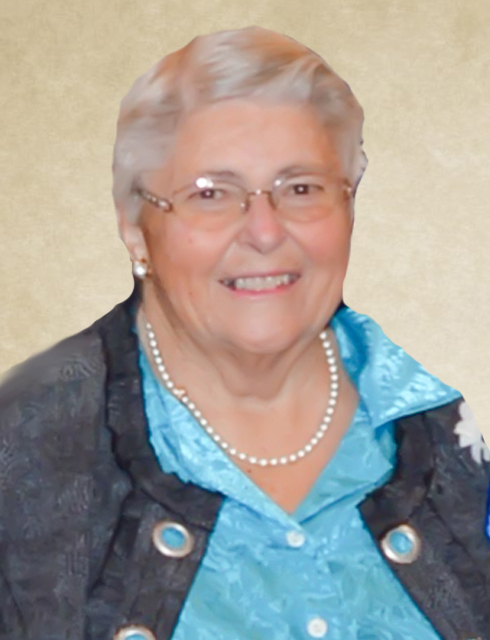 Posted at 19:22h
in Uncategorized
by staff

She was born in Roseburg, OR on October 7, 1937, to Harold and Laurine (Monroe) Williams.  At a young age her family moved to the Bridger Bowl, MT area, where she started school in Wilsall, MT.  After a few years, the family moved back to ND and finally settled near Baldwin, ND.  June graduated from Regan High School in 1955.  After high school she attended State Teachers College in Valley City and graduated in 1958.  On June 20, 1958, she was married to Louis Brown in Bismarck.  She taught and substituted at rural schools for several years when they were first married.  After she stopped teaching, she became a full-time farm wife and mother to 5 boys.  Louis and June received the Soil Conservation award from the Burleigh County Soil Conservation District in 1988.

June loved to garden, can, bake, cook, sew and quilt, cross stich, play cards & games, fish and raise chickens.  June made a quilt for every grandchild.  Her and Louis were on a bowling league for a few years, and they square danced for quite some time.  She was a member of Homemakers for 50 plus years and held the treasurer position for Burleigh County Homemakers Council.  At one time she was a 4H leader.  She served as treasurer on the township board.  June was also a part of the youth program for Farmer’s Union.  She loved the farm, her boys, and her grandkids.

She has resided at Missouri Slope Assisted Living in Bismarck since 2018.  June made many friends and enjoyed playing cards and games there.

She was preceded in death by her husband Louis Brown (1993); her parents; her brother, Clifford Williams; and sisters, Darlene Feist and Evelyn Bidgood.