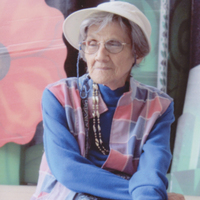 Ann was born October 21, 1926 at Brooklyn, New York, the daughter of Carlo and Francesca (Pappacini) Pacella. She was raised and educated at Brooklyn and graduated from Brooklyn High School in 1942. She attended a business college in Brooklyn and was united in marriage to Lawrence Sellers on September 23, 1950 in Fort Worth, Texas.

She and her husband lived at various places while he was stationed with the U.S. Air Force. They were blessed with their son, Larry while living in French Morocco, North Africa. They moved to Minot in 1974. Lawrence died December 23, 1991.

Throughout the years, Ann was actively involved volunteering for several local agencies. Some of these included, Trinity Hospital, St. Joseph’s Hospital, The Domestic Violence Center and YWCA. She was also a member of The Church of Jesus Christ of Latter-day Saints, Knights of Columbus, Women of Moose Lodge, Trinity Auxiliary and St. Joseph’s Auxiliary.

She enjoyed painting with markers, coloring, going to flea markets, reading, and collecting hats. She and Lawrence had enjoyed travelling to various destinations.

She is survived by her grandson, Eric Sellers of Bismarck, ND and special friends, Mike & Diana Kelly, Minot.

She was preceded in death by her parents, husband, Lawrence Sr, son, Lawrence Jr and grandson, Justin Sellers.

Service: At her request there will not be a formal service.