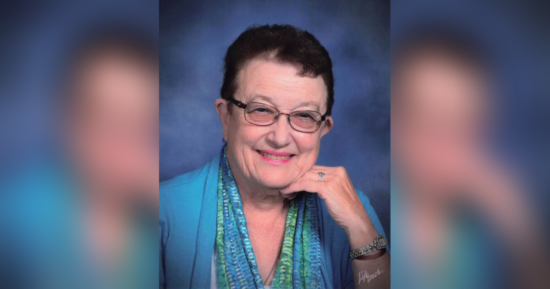 Dianne was born April 16, 1943, the daughter of Gedius and Veronica (Yantzer) Frohlich. She attended a one room country schoolhouse, the next two years of school boarding in Almont. Dianne went on to graduate from New Salem High School. Dianne worked as a Dental Assistant until she married Joe Hopfauf in 1963.

Dianne and Joe farmed together north of Fallon until Joe passed away in 1991.  Dianne continued to farm and raise cattle with her son Jim until when she retired and moved to Bismarck in 2014.  In 2002 Dianne was awarded Country Woman of the Year, an honor she was very proud of.  Dianne raised chickens, enjoyed gardening, flowers and canning.  She worked hard and was proud to have a tractor and seeder to call her own.  She was dedicated to preserving the original rock buildings on the Hopfauf family homestead and celebrated the 100-year Centennial in 2004.

From early in her life Dianne had a passion to research her and Joe’s family genealogy and history of the surrounding area.  She wrote and published many history books and continued to document her life and family history.

Dianne was a member of Germans from Russia Society and Westerners Groups.

Dianne also loved to sew and quilt, being a very involved member of the Old & New Quilters and Peachtree Quilt Clubs.  She enjoyed reading, crafting, scrapbooking, card making, traveling and stamp collecting.  She was a Farmers Union Day Class teacher for many years.

Dianne was the most faithful person, very involved in the Flasher Christian Mothers, a eucharistic minister and Cursillo.  She was a 6th grade CCD teacher for 16 years and a member of the 4th Day Prayer Group.  Dianne was generous, thrifty, positive, creative and resilient. Her favorite sayings were “Way Cool” and “It Is What It Is”

A special thank you to the wonderful family and friends that were able to spend many days with Dianne in her last months at home.