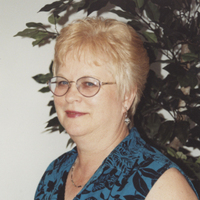 To view a livestream of the service access:  https://www.facebook.com/stpaulslutheranchurchminot/

Ilene was born December 11, 1942, at Rugby, North Dakota, the daughter of Nels and Lenora (Kittleson) Opstedal. She was raised and educated at Rugby and graduated from Rugby High School in 1961. She was employed at Cooks Lounge while attending high school and was once married to John Deibert.

Ilene moved to Texas in 1970 and was employed at a car dealership for a short time. She returned to North Dakota in 1972 and was united in marriage to Kelley Hamilton that same year. They were later divorced. Ilene returned to school at a Minot College, where she received an associate’s degree in science in 1989. She was united in marriage to Larry Schimmelpfennig on November 27, 1998, at Coeur d’ Alene, Idaho. They made their home on a farm west of Ruthville, where they have since resided. Ilene was employed for a Minot law firm as a legal secretary in Minot and at the North Central Experiment Station south of Minot.

While living in Rugby, Ilene was active with the Eagles Auxiliary for over 30 years, holding a number of leadership positions there. She was well known in the bowling circles both in Rugby and Minot. She attended many State and National Bowling Tournaments and received several awards for her abilities.

She was also a former member of Lynch Immanuel Lutheran Church, rural Minot, where she played the piano for many services, funerals and weddings until the Church was closed.

Ilene was preceded in death by her parents.

Funeral service: Thursday, October 14, 2021, at 11:00 a.m. in St. Paul’s Lutheran Church, Minot. To view the livestream of the service or share memories and condolences please access Ilene’s obituary at https://www.facebook.com/stpaulslutheranchurchminot/

Memorials: In lieu of flowers, memorials are preferred to St. Paul’s Lutheran Church, Minot, Dakota Boys and Girls Ranch or organization of the donor’s choice.