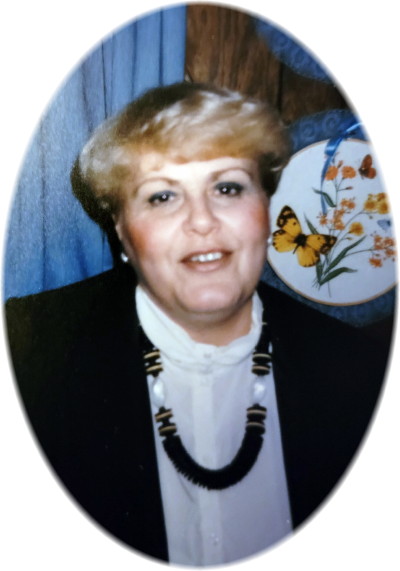 Jeanne was born to Joseph and Anna (Dauenhauer) Hauck north of Taylor, ND on July 8, 1943, where her parents had a family farm. Jeanne spent her first three years on the farm, where she still had fond memories of country life. In 1946, the entire Hauck family of three brothers and four sisters moved to Dickinson, ND.

Being of German descent, Jeanne’s mother Anna taught her how to cook many German dishes, and her love of cooking and her skill in cooking would be one of the things family and friends would continue to enjoy throughout her life. She said she always enjoyed fishing with her dad, except when she tried to cast into the fast-moving Heart River only to have the pole slip out of her hands and into the river to be immediately swept away.

Growing up, Jeanne had the benefit of having a sister and three brothers that were all older than her, although it was her and her younger sister Karen that she spent the most time with.

In 1961, Jeanne married Angus Fox, and they immediately began making a life together in rural Mandaree, ND. During that time their first son Monte Lee was born. By the time their second child, Kimberly Kay, was born in 1961 in Spearman, TX they had relocated so Angus could work in the oilfields in Texas. By the time Mark James was born in 1962, they were back in North Dakota.

In 1966, Bernard “Bernie” Aaron was born, the family had relocated to Twin Buttes, ND. In 1972, they relocated to Mandaree. Having been a homemaker for the first decade, she began working outside home and commuting to New Town every day to work at Northrup.

In 1974, the family relocated to New Town, ND. It was after that move that she eventually started work at Super Valu as a salesclerk. It was that over two decades of work at Super Valu for Jim and Deannie Iverson she made her many friends and how many around the area knew her. During that time, she had many special friends, including working with Joleen Lindley, Donnie Iverson, Elaine LaRock, Jenny Eisenbrey, as well as all of the Iverson children, especially Billy and John, and Teresa (Eichhorn) Froshaug.

Jeanne also bartended for many years at the downstairs American Legion Club, and worked in the Legion where John and Donna Sieg had a pizza place. She ended up being lifelong friends with John and Donna, along with her very special friend Marilyn Boyd, who she bartended with, and another friend Jean Murray. Jeanne ended up also having a restaurant at the Legion for a short time. Other good friends were Arlene Hagen, Joy Burr and Ann Johnson.

After her divorce in 1980, Jeanne embarked on a new chapter in her life relocating to Pueblo, CO in 1984.

After a short time in Colorado, she moved back to North Dakota to her childhood hometown of Dickinson and started a lengthy career with Walmart. After working many years at the Walmart in Dickinson she transferred to the Walmart in St. Cloud, MN to be closer to her younger sister Karen. Upon moving to St. Cloud, she began spending time with Karen’s family, who would become her second family. She even took a cruise which took her out of the country for the first time. They began their cruise in San Diego and sailed down the coast of Baha California for her sister and Husband Vince’s anniversary with nieces Melissa and April and nephews Chad and Troy.

When she retired from Walmart, she made her home in Sartell, MN until the time of her death.